GT also report on a more than 20,000 person phase III clinical trial in the UAE of Sinopharm’s COVID19 vaccine 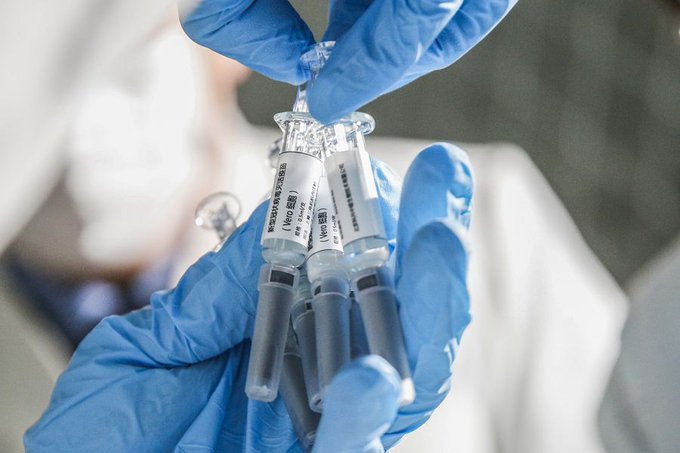 Both of the GT items are tweets only, not accompanied by further articles for more information.
There is one more that is accompanied by an article – saying that China’s first recombinant protein COVID-19 vaccine made from insect cells has been approved for clinical trials by the National Medical Products Administration.
—
Given the history of how markets view vaccine news (generally positively) this threefer from the GT might be a boost for sentiment on Monday. There is still plenty of time left over the weekend for less than favourable stories to develop, stay tuned.
END_OF_DOCUMENT_TOKEN_TO_BE_REPLACED

OPEC will release its monthly market report later on Teusday (I donlt don’t have the time sry).

END_OF_DOCUMENT_TOKEN_TO_BE_REPLACED

Nov. 30 (Bloomberg) — The yen weakened against higher- yielding currencies after the United Arab Emirates’ central bank said it “stands behind” the country’s banks, easing concern about a possible default by state-owned Dubai World.

The euro advanced for the first time in five days against the yen after the Abu Dhabi-based central bank of the U.A.E. said lenders will be able to borrow using a special facility tied to their current accounts. The Australian and New Zealand dollars rallied as demand rose for riskier assets after concern eased over credit losses in the Middle East.

“The decision by U.A.E. helped calm down credit woes,” said Akane Vallery Uchida, foreign-currency strategist in Tokyo at Royal Bank of Scotland Plc. “The yen, which was bought over jitters in Dubai, is being sold.”

END_OF_DOCUMENT_TOKEN_TO_BE_REPLACED

A Saudi cleric told students at a university in the United Arab Emirates that the Earth is stationary and does not move around the Sun, insisting any claims to the contrary are pure speculation.

Sheikh Bandar al-Khaibari said that the Earth cannot be revolving around the Sun because otherwise airplanes would not be able to reach their destination. In a recently emerged video, the cleric can be seen using a cup of water to awkwardly explain why the Earth is in fact stationary. Take a look: