The hit to banks continue to unfold

The figure is being reported by Finews, citing a person familiar with the matter. UBS has been mum over the situation as Credit Suisse had earlier in the week warn of a “significant and material” hit to its Q1 performance from the Archegos Capital fallout.
The report says that the hit to UBS isn’t such that it will materially impact the firm’s quarterly profits nor trigger a warning, despite still having positions to be unwound.
END_OF_DOCUMENT_TOKEN_TO_BE_REPLACED

Justin had the news on Friday of the imminent retirement of Japanese Prime Minister Abe.

Abe will not be taking Abenomics with him though, Japan Times:
Shunsuke Kobayashi, chief economist at Mizuho Securities:
ps. Much of Abenomics boiled down to massive policy easing from the BOJ. This is not gonna change any time soon.
Abe was PM from 2006 to 2007 and then again since 2012. He will step down on or around September 15.  He is the longest-serving Prime Minister in Japanese history. Get well soon, and enjoy your retirement sir! 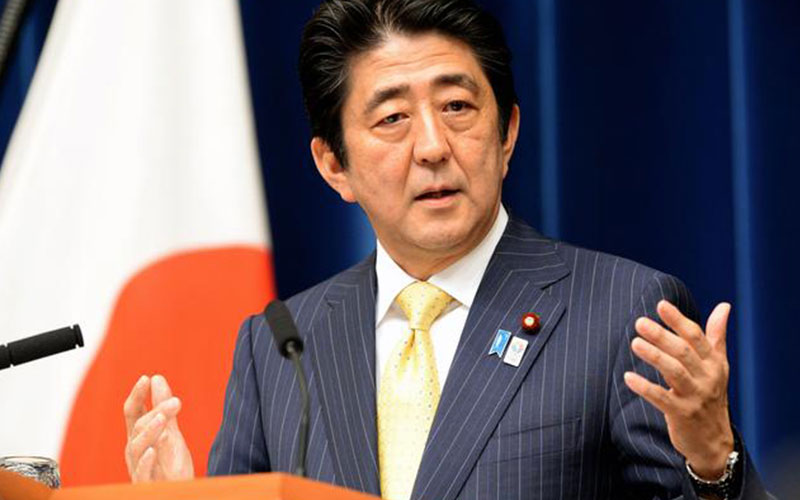 END_OF_DOCUMENT_TOKEN_TO_BE_REPLACED

The headline is the in summary version of a client note from UBS on the US dollar.

Its a detailed look at the US dollar trend, but adding to the to the headline points in brief.
When and how the dollar might turn is anyone’s guess
END_OF_DOCUMENT_TOKEN_TO_BE_REPLACED

(Federal Open Market Committee meeting is October 29 and 30)
Citing trade tension with China –  a substantial shock to the economy – tariffs causing a slump in private demand
Following that the bank expects further cuts in:
END_OF_DOCUMENT_TOKEN_TO_BE_REPLACED

It’s the US independence day holiday and this chart should give Americans more to cheer about than any other.

It shows equity returns since 1985 and the S&P 500 absolutely crushes every other major global index. The only one that’s even close is the MSCI World Index and that’s partly because it contains a heavy weighting in US equities.
Corporate America  truly is the champion of the world.

END_OF_DOCUMENT_TOKEN_TO_BE_REPLACED

For foreign exchange investors there’s nothing more exasperating than the euro at the moment. Having fallen from above 1.51 against the dollar in December to below 1.19 in June, the euro has since bounced smartly back to above 1.30. Defying predictions of a Eurozone break-up or a further perilous decline to parity, the euro has instead wrong-footed many in the currency market.

Indeed, exasperation explains one of the factors behind the euro’s correction, as investors had become increasingly bearish on the currency. The belated bailout of Greece, sharp bond spread widening within the Eurozone, concerns about competitiveness, and political tensions within Europe all convinced foreign exchange participants that the euro had become a one-way bet. Hence, the euro’s summer recovery has been the clear pain trade in the currency markets, forcing investors to close their shorts.

The reversal in the exchange rate has been driven by stronger data in the Eurozone and renewed concerns about the health of the US economy. In particular Germany’s super-competitive exporters have benefited from the slide in the euro in the first half of the year. An excellent reflection of this is the continuing strength of the Swiss franc. As Switzerland sends 20% of its exports to Germany, the franc is a proxy for the largest economy in Europe. In many ways it is a substitute for the old German mark.

In contrast, the dollar has fallen this summer as weaker US growth has forced Federal Reserve officials to consider resuming quantitative easing. As last year’s inventory bounce has begun to wear off, structural concerns about the health of the US housing and labour markets have come to the fore again.

In the near term the euro is likely to keep its gains; there are still shorts in the market and fears about the Fed will keep the dollar on the back-foot. But the longer-term picture remains bearish. The structural problems of high debts, low growth and diverging current account imbalances remain stubbornly high. Fiscal austerity will undermine Eurozone growth this year and next. The European Central Bank won’t be in a position to raise interest rates until well into 2011, at the earliest.

What are the risks to our long-term bearish euro view? The major concern of course is the Fed resuming asset purchases in order to expand US money supply. This would undermine the dollar as it did in March 2009 when the Fed started a year-long programme of buying Treasuries and mortgage-backed securities. The other concern is that the consensus among foreign exchange participants remains bearish on the euro. As a result, their positioning would keep the markets vulnerable to further exasperating rallies in the currency.

END_OF_DOCUMENT_TOKEN_TO_BE_REPLACED

Federal prosecutors are conducting a preliminary criminal probe into whether several Wall Street banks misled investors about their roles in mortgage-backed deals, The WSJ reports.

The banks in the early stages of scrutiny are: JPMorgan, Citigroup, Deutsche Bank and UBS. Under similar preliminary criminal scrutiny are Goldman and Morgan Stanley, as The WSJ reported yesterday.

As our guest Todd Harrison, CEO of Minyanville.com, explains, these probe leaks are part of a larger, growing attack against Wall Street. (See: The War on Capitalism)

The focus of the inquiry are mortgage-backed collateralized debt obligations or CDOs and whether banks misled investors about these bets.

So why the focus on these specific derivatives?

“Presumably what’s closest to home, no pun intended, for a lot of people is their mortgages and foreclosures that we’re seeing,” Todd tells Aaron in the accompanying segment. “So those are the instruments that kicked Main Street in the groin pretty much. That’s where the line was drawn for a lot of the populace anger to really start to percolate.”

Harrison, who warns against the unintended consequences of Wall Street reform in an earlier segement, says policymakers risk going down a “slippery slope” by attacking financial instruments they don’t understand in an effort to score political points.

END_OF_DOCUMENT_TOKEN_TO_BE_REPLACED

Morgan Stanley and Bank of America-Merrill Lynch had last week lowered their growth forecast for the Indian economy in the next fiscal year that begins in April to 7.7 percent and 8.2 percent.

“The reason for the slowdown is as before: lagged impact of todays tight money on demand plus effect of higher oil prices,” Philip Wyatt, an economist at UBS wrote in a note, adding he sees the economy recovering to 8.6 percent growth in 2012/13.

India’s economy grew at a slower-than-expected 8.2 percent in the December quarter from a year earlier, after expanding at 8.9 percent in the previous two quarters.

“We expect WPI (wholesale price index) inflation to accelerate from 7 percent in March 2011 to 7.7 percent a year hence,” Wyatt wrote.