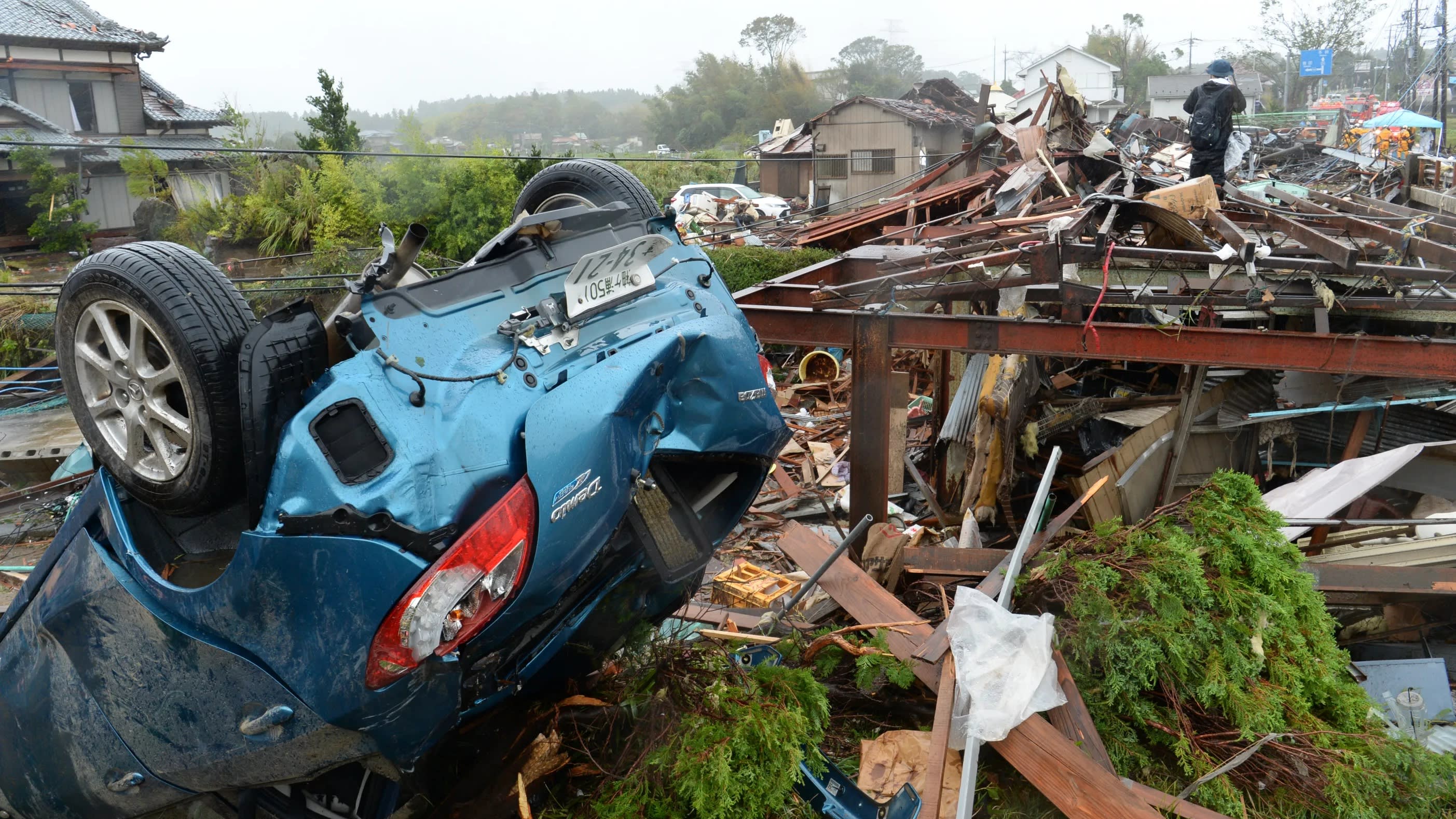 A powerful typhoon made landfall on the Izu Peninsula near Tokyo on Saturday evening, disrupting transportation in the capital region and leaving two people dead. Millions of people in the Tokyo metropolitan area have been advised to evacuate as the storm approaches. Torrential rains caused rivers to flood, and authorities are taking emergency steps to discharge water from several dams to prevent them bursting, at the risk of further flooding.

Typhoon Hagibis is expected to be one of the strongest typhoons Japan has experienced in decades.

In Chiba Prefecture near Tokyo, one man in his fifties died in an overturned car in the early morning. Police are investigating whether it was caused by strong winds due to the typhoon. In the city, several houses have been affected by strong winds and parts of their roof were blown off. Five people, including three minors, have been injured.

In Gunma Prefecture, also near Tokyo, a man who went missing in a landslide was found dead. END_OF_DOCUMENT_TOKEN_TO_BE_REPLACED