Japan’s $1.5 trillion public pension fund has begun to put on hedges to protect against USD and EUR declines, according to a Nikkei report published yesterday.
The GPIF “has begun a transaction to avoid (hedge) losses associated with fluctuations in foreign exchange rates through fund management with foreign bonds. The target is US dollar and euro denominated bonds, and the balance at the end of March is approximately 1,300 billion yen,” the report says.
A hedge of that size will be swallowed up by the market but the signal it sends may lead others to follow. It also makes me wonder what the GPIF is seeing and why they’re worried about sudden yen strength.
A contrarian might also argue that a move like this comes at the bottom for EUR/JPY and USD/JPY, but I’m not sure I’d make that argument. 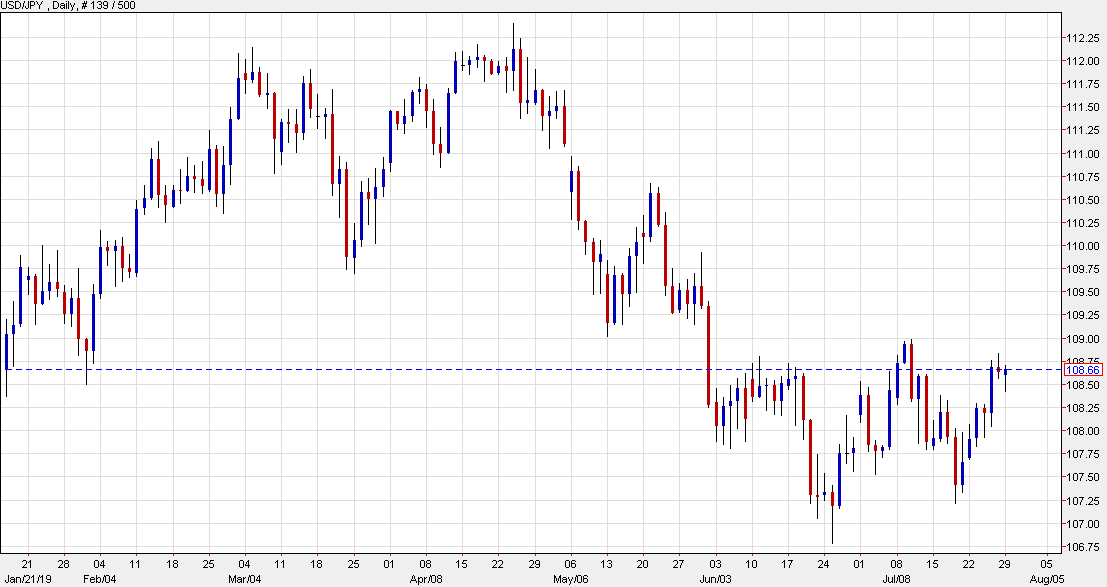