A source close to the Chinese military

According to a source close to the Chinese military, China launched 2 missiles into the South China Sea on Wednesday morning. The launch was to send a warning to the United States.

According to the source, the missile launch was intended to deny other forces access to the disputed South China Sea region.  Yesterday an American spy plane reportedly neared the Chinese naval drills in the sea.
CLICK HERE
The US has added 24 Chinese companies to an entity list. That will also impose a visa restrictions as a result of South China Sea tensions.
END_OF_DOCUMENT_TOKEN_TO_BE_REPLACED

Trump spoke with a Fox interview Saturday, flagging the expected visa cutbacks will be announced. 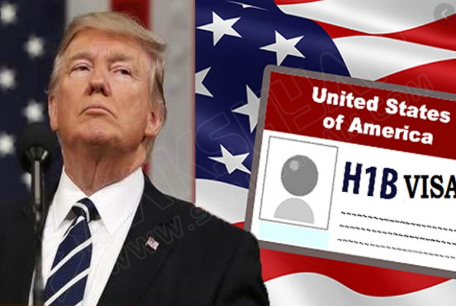 END_OF_DOCUMENT_TOKEN_TO_BE_REPLACED

While the immigration policies of U.S. President Donald Trump give the impression of slamming the door on foreign talent, a closer look at visa data shows that the big four American tech companies are accelerating their drive to attract and retain highly skilled professionals.

In contrast, the biggest losers are Indian information technology companies, such as Cognizant Technology Solutions, Infosys and Tata Consultancy Services, who had long been the biggest employers of foreign IT talent in the U.S.

At issue is the H-1B visa, the permit that allows foreign talent with specialized skills to reside and work in the U.S. for up to six years. People from India, especially with computer skills, account for the biggest percentage — 74% — of H-1B visa applicants, followed by those from China at 11%.

Workers who enter the U.S. under the H-1B have the opportunity to apply for permanent residency and start their own business. The prospect of the American dream has enabled the U.S. to attract some of the best minds in the world and has been the engine of innovation in the country.