Hell tortures you to stop learning.

George Soros is setting up institutions to study the failure of economic thinking. They have succeed in demonstrating failure, he said this afternoon at the CEU in Budapest, but not in discovering what to do about it.
The source of the problem, he explained, is relying too much on theory, on knowledge, and not on how our not knowing what to do makes us act in ways that change the world, which world we don’t see because we expect it to conform to our theories. We need to be able to discard our theories when they are proven wrong, and we need to understand that no general theory is enough, because our actions are constantly changing the world we need to respond to and understand.
So I said to him after his talk:
– You have divided human activity in two parts, theory, and manipulation. Theory doesn’t work, and manipulation of markets is based on crowd behavior, that is, fear. But since ancient Greece, the parts to human activity have been divided into not two, but three: you have left out practical action.
Practical action differs from manipulation, fearfully following and leading each other, in that its end is making learning easier. It’s purpose is outside of itself, in the part of life where we learn, where we find beauty, what makes life good.
Why not establish institutions that study how economic relations are practical: what forms of cooperation lead to a life of learning and freedom from manipulation, and which don’t. And study how to make the transition from the present institutions based entirely on greed and fear to the kind we need to have. Do you understand?
– I have studied maximization of happiness.
– No that’s not what I mean. Counting results of fear based behaviors: doing that is living still in the world of the theoretical and the manipulative. We need to study how to cooperate, study what forms of cooperation help us learn to make our lives better.
Let’s go, says George Soros assistant, urging him as she has been doing for the last few minutes as we talked. OK, I say, I tried. You remember me, right?
– Yes, he nods his head.
I’d asked him for a job the day before when I saw him walking down the street from the University to his hotel.
Practical necessity. I need to get out of this hell of Budapest, this place putting pressure on me not to learn.
People say it is difficult to diagnose the political problems of our times, but I don’t see the difficulty. We’re together in this hell trapped between theory and fear.
END_OF_DOCUMENT_TOKEN_TO_BE_REPLACED

What’s the secret of successful traders and how did they make the transition from clueless learner to consistent pro?When the same tools are available to anyone, why do some people out perform others?

The successful traders have discovered The Secret.

It is not the latest indicator, program or hot tipster. It is something that everyone has inside them already.


The Secret is believing in your method and trading it. Believing to the point of having it ingrained into your brain so that it becomes as automatic as breathing. If the charts do this, then I will do that. Trading your plan means cutting losers, riding winners, managing money and risk well. When you arrive at the point of realizing that your self-discipline can only get you so far and that the next step should be reflex trading then you will have found The Secret.

Having to exercise self- discipline to me means that there is still something inside you that you must fight to control. If emotions are still in control of your trading then you must find a way to turn that fear and greed into a move productive energy. Trading your method as a reflex means that there is no struggle to control wayward thoughts. END_OF_DOCUMENT_TOKEN_TO_BE_REPLACED

END_OF_DOCUMENT_TOKEN_TO_BE_REPLACED

People that are more likely to find success in trading, or any endeavor, tend to be those who take the initiative. Without that belief in your own ability to take action to insure progress, i.e.: initiative, you will never transition from having a vision — hope –to implementation of a plan to achieve that vision – goal. Your belief and confidence need to get stronger with each step toward the goal. This is what will feed your thought process and attitude.

The most difficult part of the journey to successful trading is learning the basics thoroughly. You will know you are on your way when each step starts to get easier.

The real secret is understanding how simple trading is. The hard part is getting out of your own way to get to that point.

END_OF_DOCUMENT_TOKEN_TO_BE_REPLACED 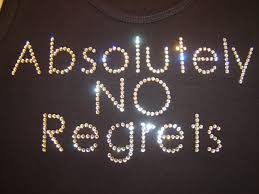 Trading is really not as much of a numbers game as it is a mind game. Winning or losing in the long term will come down to whether you quit or keep going on your trading journey. Trading is not for everyone, there is no easy money in the markets. You will fight for your dollars, you will make money by doing the uncomfortable you will lose money when you think you are in a trade that just can’t lose. The emotional and mental pain will be unbearable if you do not believe in yourself and your method. If you are trading with no plan, no rules, and no system or method you will tend to be very hard on yourself for every losing trade. It was your decision that made you lose money, you will beat yourself up, and feel stupid. You will have 100% accountability for your mistake.This will not work.

What you must do is transition the accountability from yourself to your system or method. You must trade a proven methodology that will win based on the market action not your personal actions. You can not control odd out of left field events.  You can not help it if you trade a trend or a pattern and suddenly it loses. All you can do is take trades with great probabilities that match your beliefs about the market and if they are losers then you can’t blame yourself you can only cut your losses and look for the next trade that meets your parameters.

When you can shrug off a loss with no emotional or mental pain and move on to the next one you are at the next level. All you can control is your entry parameters, risk management, position size, exit, and mind set, the market determines whether you win or lose, not you.  You must have self confidence and faith in a proven method, take your trades let the market separate the winners from the losers.

END_OF_DOCUMENT_TOKEN_TO_BE_REPLACED

You go long and the market immediately goes down – you go short and the market immediately goes up. That’s 2 consecutive losses, and you are getting a little ‘anxious’ so you don’t take the ‘next’ trade. Of course, this trade is a winner. Now to make the situation worse, you then ‘chase’ the move, and as soon as you enter the trade it immediately reverses, thus giving you another loss – this is now 3 in a row. Ok, one more ‘try’ – this can’t happen on every trade can it? END_OF_DOCUMENT_TOKEN_TO_BE_REPLACED

END_OF_DOCUMENT_TOKEN_TO_BE_REPLACED

How do you know you have an improper trading psychology?  Here are a few things to look out for:-

1. Feeling too much stress
2. Successful ‘paper trading’, but not successful when trading the real markets
3. Getting mad or too joyous, depending on your trading outcomes or results (excessive highs & lows)
4. Feeling fear
5. Can’t ‘pull the trigger’
6. Fail to exit trading positions at stop loss points
7. Exit trades to relieve anxiety
8. Impulsive trading, etc.

When you hear that trading is both an ‘art’ and a ‘science’, it often refers to the combination of psychology and feelings, with that of a technical trading approach.

In order to be successful, the psychology has to be mastered and managed.