the New York Post is out with an article saying that “Apple is reportedly delaying a fall launch event for its next batch of iPhones to the later half of October”.

Apple is now on track to releases 5G iPhone just-in-time for the holiday season. This according to Japanese Apple blog Mac Otakara.
Apple shares are down about $10.55 or 2.71% on the day to $378.50. It’s high price reached $399.81 few days ago – just short of the magical $400 a share.  Apple is expected to announce earnings on Thursday, July 30 after the close. That will be the same day that Amazon releases their earnings. 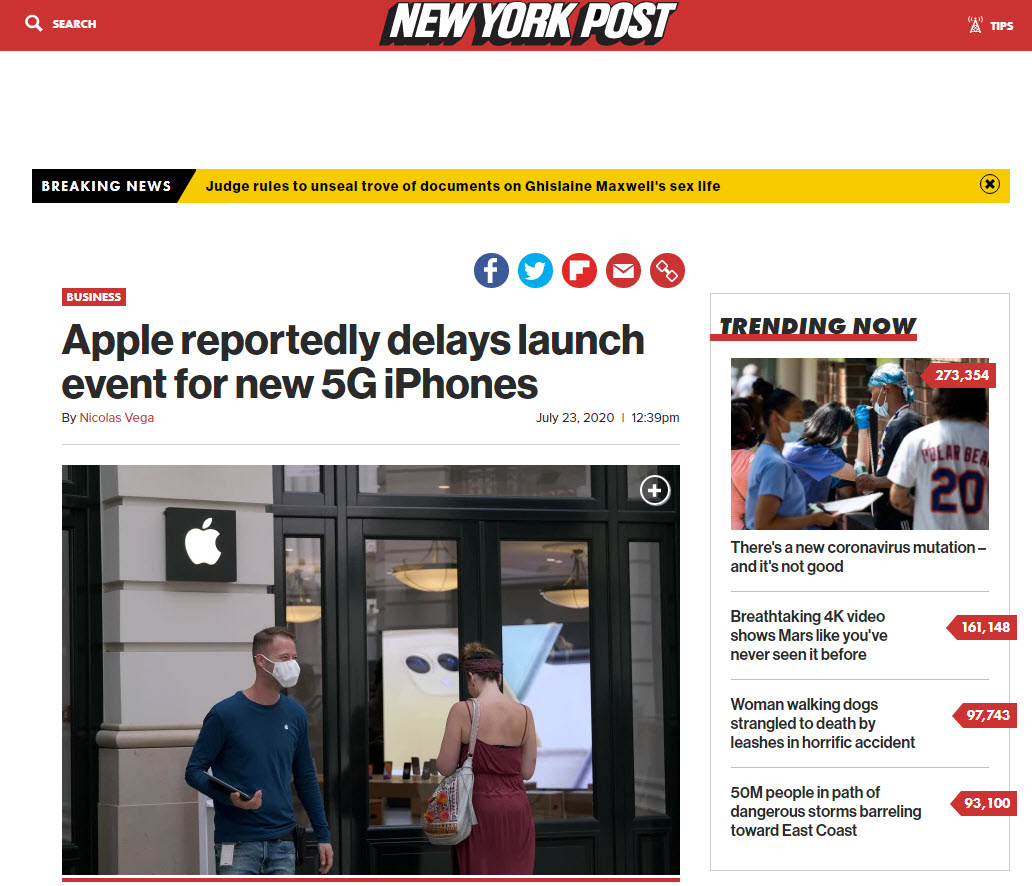