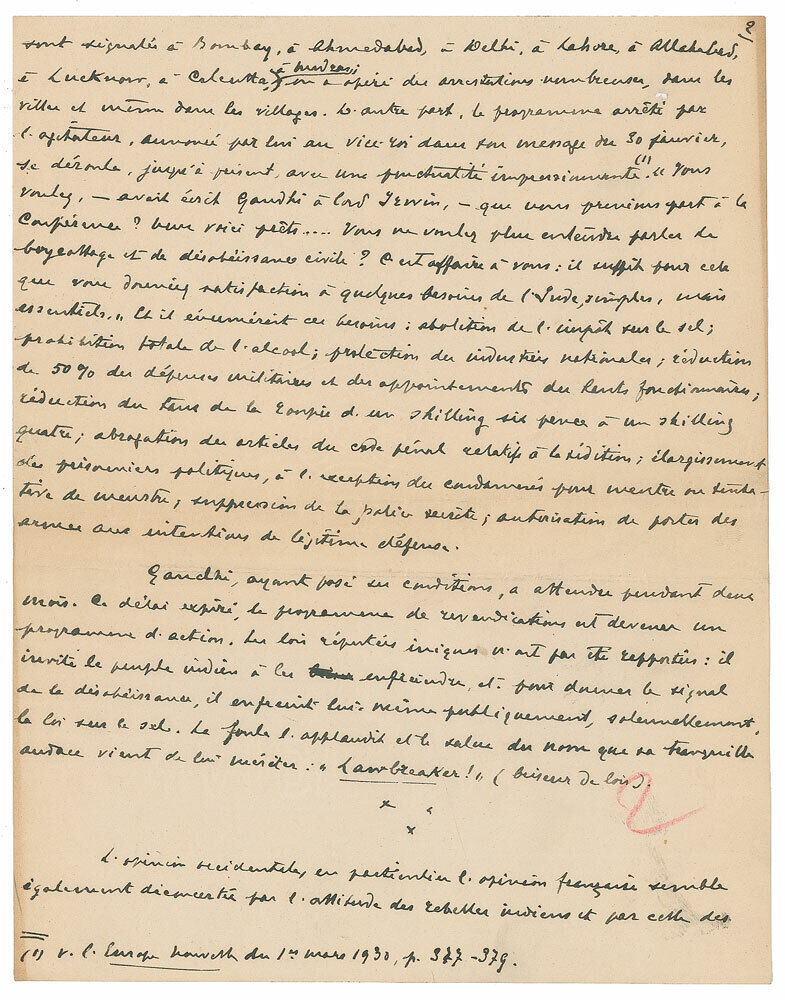 Why did he choose his choice of Ahimsa (non-violence)? It is because he took as his starting point, not an abstract idea, but a present reality, India with its diverse peoples, its religious beliefs, its social traditions, India with its virtues and with its faults…He is still an active and a realist. inspires, it is on reality that it is based…The result? No one would dare to predict its importance…The logical solution of the Indian problem—as of all colonial problems—should undoubtedly be sought in a formula of political and economic association.