Factory output rebounded in May but not as robust as anticipated, with the annual reading highlighting the plight faced by the euro area economy despite the gradual easing of lockdown measures. June should also reflect a rebound but new normal conditions and the pace of the recovery will likely only be seen in July to August or later in Q3.

END_OF_DOCUMENT_TOKEN_TO_BE_REPLACED

Responding, the European Union’s highest court (which had previously permitted the ECB QE programme) and the European Commission said that EU law holds precedence over national regulations
Further now, on Sunday, EU Commission President Ursula von der Leyen said the EU executive might end up opening a legal case against Germany.
—
These wort of legal wranglings are not a positive for EU coherency and stability. Nor are they positive for the EUR. Watching for developments on this front – both legal/political and for ECB actions ahead.

END_OF_DOCUMENT_TOKEN_TO_BE_REPLACED

You’ll recall from earlier this week that the court ruled the European Central Bank must ensure its QE bond-buying program is proportionate or else Germany’s Bundesbank central bank may no longer participate.

The Governing Council of the ECB responded with a “Yeah, right …”:
said it “takes note” of the judgement
One member (at least) said the ECB will not respond directly to the court
—
So, its an ‘as you were’ for the ECB QE program. 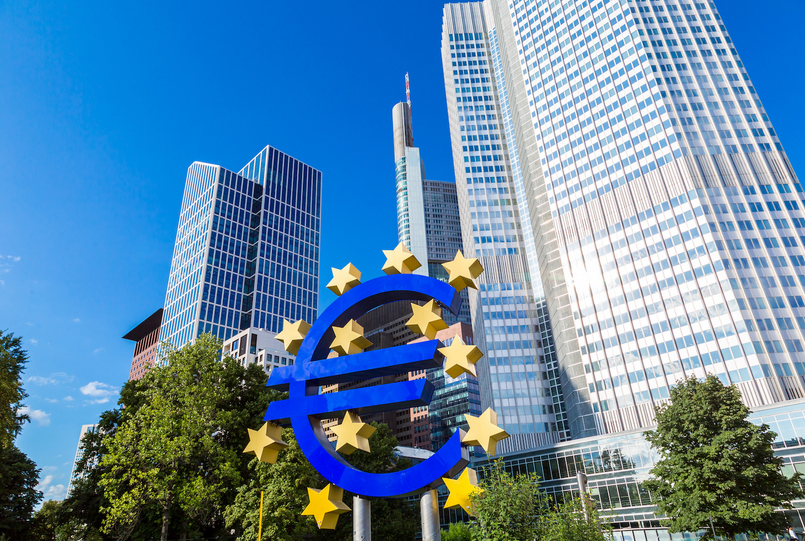 END_OF_DOCUMENT_TOKEN_TO_BE_REPLACED

ECB notes in a pre-release of its economic bulletin

The headline isn’t so much of a surprise since it is the same as what Lagarde has already highlighted in her press conference yesterday. This just adds more colour to it. In case you missed Lagarde’s remarks, you can check them out here and here (Q&A).
END_OF_DOCUMENT_TOKEN_TO_BE_REPLACED

Financial Times with the report on a prediction from Mário Centeno, President of the Eurogroup

No changes in any rates
The market was sniffing around for an interest rate cut and it didn’t come. The euro has risen
END_OF_DOCUMENT_TOKEN_TO_BE_REPLACED

END_OF_DOCUMENT_TOKEN_TO_BE_REPLACED

The euro is soft on all fronts

The euro is the laggard today as the pain trade continues for euro bulls.
EUR/CHF is no exception as the pair threatens the low of the year at 1.0663. We’re just 5 pips from there now and if that breaks, the next big support level is the 2017 low of 1.0632. 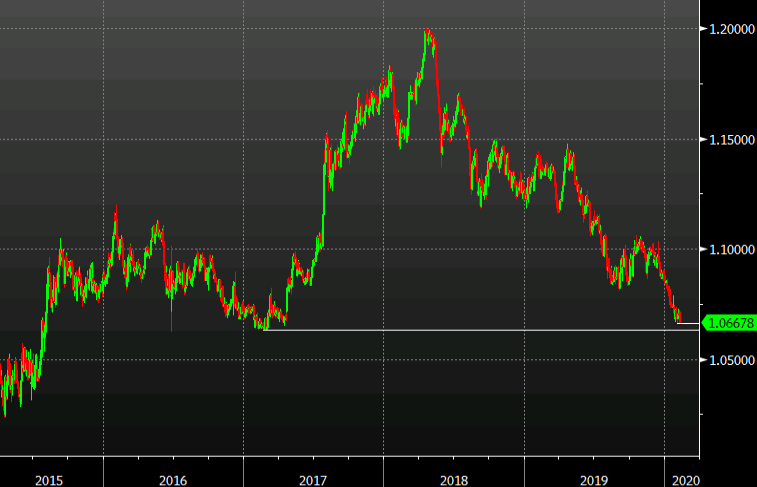 More risk aversion is creeping in today as the minutes tick by. Stocks in the US are holding up but Treasury yields are sliding and gold is climbing.

END_OF_DOCUMENT_TOKEN_TO_BE_REPLACED

All eyes on Lagarde now

The ECB statement was a non-event as expected, with the language on inflation and policy kept similar to the December meeting.

The ECB did officially announce its first strategic review in nearly two decades though and has taken some of the heat away from Lagarde ahead of her press conference; they say that they will provide further details on the scope and timetable later today at 1430 GMT.
As such, the focus of Lagarde’s press conference will be more skewed towards her tone and view on recent changes to the economic outlook i.e. improving data and the US-China trade deal – unless of course she decides to chime in on strategic review questions.
You can watch her live later here:
END_OF_DOCUMENT_TOKEN_TO_BE_REPLACED