You might be at a stage of feeling very frustrated with yourself.

I know what this feels like – you begin to marvel at your own lack of discipline and ability to do what you know. It’s like “Arrgh! Why can’t I just WAIT for the damn setup?! Why am I such a screw up at this?!”

Speaking from experience, it’s frustrating because you just want to get on. You have plans and goals and now you see that your own idiocy is preventing you from making any progress towards them. All I can say is that there’s nothing you can do about this period except keep going and wait for it to pass… It’s deeply ingrained. You have to trade through it; six months, a year, two years… Grit your teeth and plow on.

In a way, you have to relax into your own ability to seemingly pick every wrong move in the market. Just accept it. Providing you are not losing big money, you CAN relax into it. The good news is you are in fact building up a tolerance to taking losses during this period – you ARE actually developing a skill. It’s called “risk tolerance.”

If you’re still in that “God dammit!” phase then do this: just keep losing and losing, but begin to try to take the losses without any emotional reaction what so ever and move immediately to the next trade.

Once you can do this, you then move on to learning to let go of your need to have success NOW. This combines with learning to do nothing in the market – learning to wait. Why not wait, you’re gonna lose anyway right? So you might as well wait…

Now you’re building up patience. This is a foundation that leads to a little magic further down the track, when you get to the point where you see that you could take any system and trade it properly to discover its true potential. All those millions of methods you tried for 3 days and abandoned in disgust now sit there like a pile of spare parts in the bike shed. You become interested in them again – there could actually be a few decent ideas amongst that lot.

So learn to lose.
Then learn to wait to lose.

You will be building risk tollerance and patience. There are more steps after that, but there is no way to skip this process, it has to be gone through by all.

END_OF_DOCUMENT_TOKEN_TO_BE_REPLACED

The Disconcerting Effect of Sudden Losses and Gains, page 17 – 19

There are but few things more unbalancing to the mind than the act of suddenly winning or losing large sums of money. A few years ago at Monte Carlo I was in company with a friend, a well known man of affairs who while there played at roulette nearly every day, merely as pastime. He was of mature age, naturally methodical, conservative, temperate and cool-headed. He made it an unalterable rule to limit his losses to $200 at any one sitting, and on losing his amount he always stopped playing. His bets were usually limited to two dollars on the numbers, and never doubled except for one turn of the wheel when his number won. He generally played three numbers at a time; never more than four. For ten consecutive sittings luck was against him and each time he had lost his stake of $200. I saw him get up and leave the room, apparently in a state of disgust. An hour or so later I discovered him at a roulette table in another room stacking his chips in piles on a dozen or more numbers. END_OF_DOCUMENT_TOKEN_TO_BE_REPLACED

END_OF_DOCUMENT_TOKEN_TO_BE_REPLACED

Deception theory often refers to the eight basic emotions communicated through facial expressions: anger, fear, sadness, joy, disgust, curiosity, surprise, acceptance. Are these emotions manifested in markets? Are they predictive? Do they change? Is the theory of deception useful for studying, understanding and predicting markets? 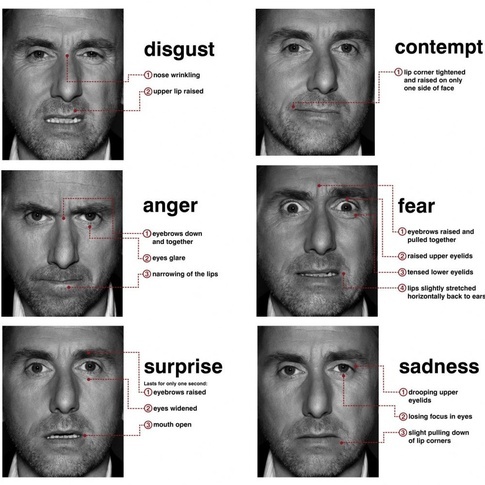 END_OF_DOCUMENT_TOKEN_TO_BE_REPLACED

pend your beliefs and to trade that which you have learned through hours of observation.

Bottom line – trading what “you” believe is a recipe for disaster.

Eventually most folks figure out that the market is so chaotic that they are lost and admit they don’t know how to trade. Many quit in disgust. A few of you press on and begin a journey of real study. END_OF_DOCUMENT_TOKEN_TO_BE_REPLACED