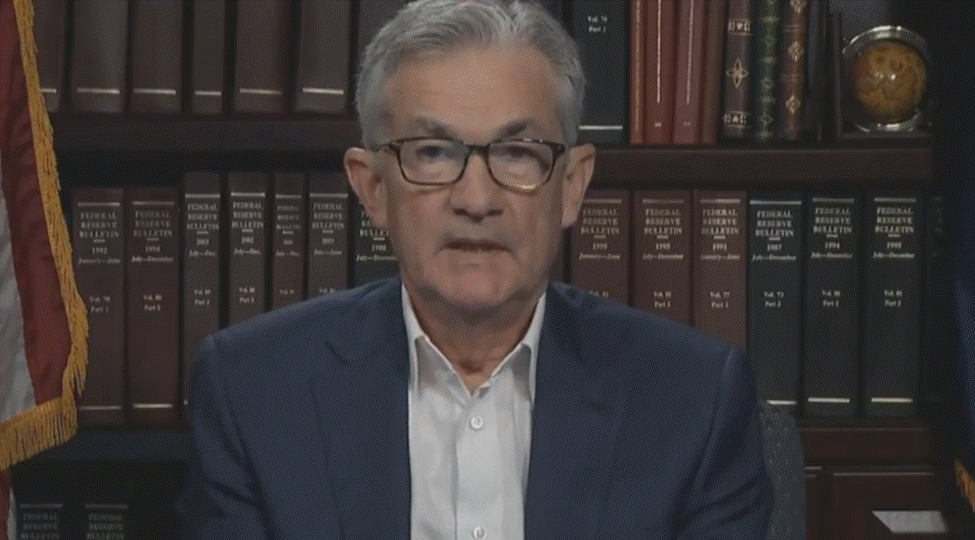 The last half of the 2010s was characterized by central banks trying to get back to ‘normal’ or to ‘home’ on interest rates. They were obsessed with getting away from the zero bound, just so they could cut again in the future.
They were slaves to the Phillips Curve and few of them emphasized (or realized) that technology, globalization and deunionization were putting downward pressure on prices.
Now we arrive in the 2020s and they’ve seen the light. They’re pledging to keep rates low and goose inflation above target. Kaplan today highlighted technology-enabled disruption as justification.
The problem is that the game is likely to change again. It’s all like a general investing in trench-digging equipment after the first world war. China is now exporting inflation.
I believe that the layering on of leverage should be one of the big takeaways from the market blowup in March. Central banks should be tackling that but instead, they’re building an even-larger tower of leverage in the belief that if anything goes wrong, they can always pump in enough money to make it better. That’s a mistake.
The real danger though is inflation. Yields moved up yesterday and in Asia today before correcting back lower. If they start to move up, bond investors are going to be sitting on massive paper losses.
Already, parts of the market are signaling that inflation is coming.Note that 5y5y forward inflation rates today are at 2.13%; a level that would crush today’s 10-year note bond buyers at 0.73%.
That’s a long way from even the post-crisis era but you can see which direction it’s moving.

I’m the furthest thing from an evangelical on inflation but you can see the way that house prices, commodity prices and government spending are going.
END_OF_DOCUMENT_TOKEN_TO_BE_REPLACED

Expectations were for a $23 billion auction

As the treasury auctions continue at an increasing pace, the US treasury has a announced that they will auction off $25 billion of 20 year bonds next week. That was higher than the 23 billion expected.

Later today the treasury will complete their refunding for the week with the sale of $26 billion of 30 year bonds. The auction will take place at 1 PM ET.  The current WI yield is trading at 1.375%
END_OF_DOCUMENT_TOKEN_TO_BE_REPLACED

All is not well-

The constant fall in Bond yields is sending out a signal that all is not well in the world. The tail end of last week may have seen some excellent earnings from facebook, apple, amazon and alphabet and that started a fresh equity rally early Friday. However, the fall of Bond yields is saying, ‘look out! There may be trouble ahead. For the uninitiated bond traders tend to take a more long tern macro view. So, when equities rise, but bond yields are falling that is a signal something is wrong.

If you can recall at the start of the year one of the big questions was which market is right? Falling and yields or rising equities? The answer has been, ‘the falling bond yield market’. So, the general rule of thumb is go with the bond yield market. Now, of course this doesn’t mean that a funny divergence can last for weeks and months. However, at the very least it is a warning sign. That warning sign is showing again.

The 10Y Gilt yield (UK bond) hit a record low last week. The 10Y Bund (German bond) closed at its lowest level since mid-May on Thursday last week, while the 10 y UST (US bond) was down towards its lowest ever close last week too.

Why are they dropping?

The proverbial tea leaves are being read and a second wave of COVID-19 is being seen ahead. This will mean more monetary and fiscal policy help to get through the pandemic.So, yes the equity market has been rallying on the central bank support. However, the bond market is saying that the next stage of the global economy is fraught with dangers and a ‘V’ shaped recovery is more hope than reality.