Or do you simply shoot from the hip and call it artistry or intuition? Does this work for you?

Do you follow your rules rigidly without flexibility or discretion? Does this serve you over time?

Do you abandon your rules in the heat of trading, only to regret it? Do you stubbornly go against your rules thinking this time you know better? What would happen if you didn’t do this?

Some people don’t like rules. They don’t want to be told what to do even if it’s themselves telling themselves what to do. They even more don’t like following rules that came with a system for which they paid good (any or excessive) money. They have a polarity response to direction even after it becomes apparent that they’d be more profitable simply following the rules.

Others like to be told what to do, but somehow their rules are conflicting, obscure, or so bound up with discretion as to be meaningless. These traders may not even be aware that in essence they have no rules.

Do you like clear directions as to what to do? In this case you can think in terms of commandments. For example, when The Ten Commandments says, “Thou shalt not kill,” it doesn’t leave much discretion. Reword your rules as commandments that are precise and clear and easy to follow.

Do you resist being dictated to and bossed around by outside forces? In this case, reformulate your rules as guidelines or suggestions. Give yourself some leeway in certain situations. Reword it so that when you read it, it sounds like a good idea and not a demand.

However, be certain in advance that whether you choose a suggestion or command, the results will be profitable if followed consistently or even most of the time. There’s nothing worse than a bad idea or a rule that doesn’t work. Remember the basics: Find out what works. Verify that it works. And do it. 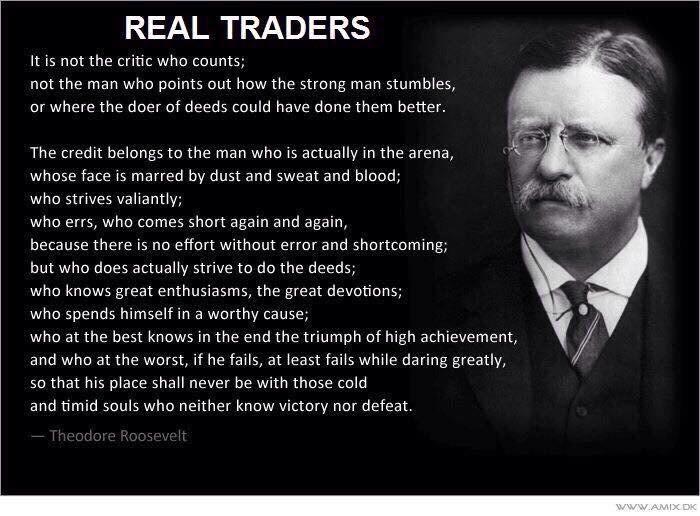