The Trump administration for years has been floating the idea of indexing capital gains to inflation. That picked up again this week and was briefly a tailwind for stock markets to start the week.
Mnuchin’s comment here evidently confirms that the White House has decided that unilaterally indexing capital gains isn’t possible and says it will take legislation. That’s not going to happen in the current congress and is very unlikely so long as Democrats control the House.
So the short story here is that it’s dead.
The US dollar is falling on this headline. 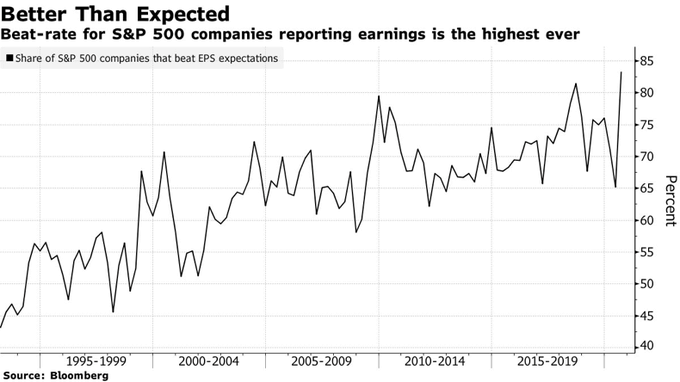 OPEC now sees 2020 world oil demand down by 9.06 mbpd compared to a drop of 8.95 mbpd in the previous monthly report.
They say the second-half outlook points to the need for continued efforts to support a rebalancing in the market through OPEC+ adjustments.
With that, they cut their forecast for OPEC crude by 400K bpd this year and 500K bpd in 2021. Part of that is due to higher non-OPEC supply.
Crude is unmoved by the news and up 59-cents to $42.20/barrel on the day.
The main worry for oil is that OPEC starts to ramp up production again. Non-OPEC producers are filling in gaps from the huge cuts and that’s not going to fly forever. 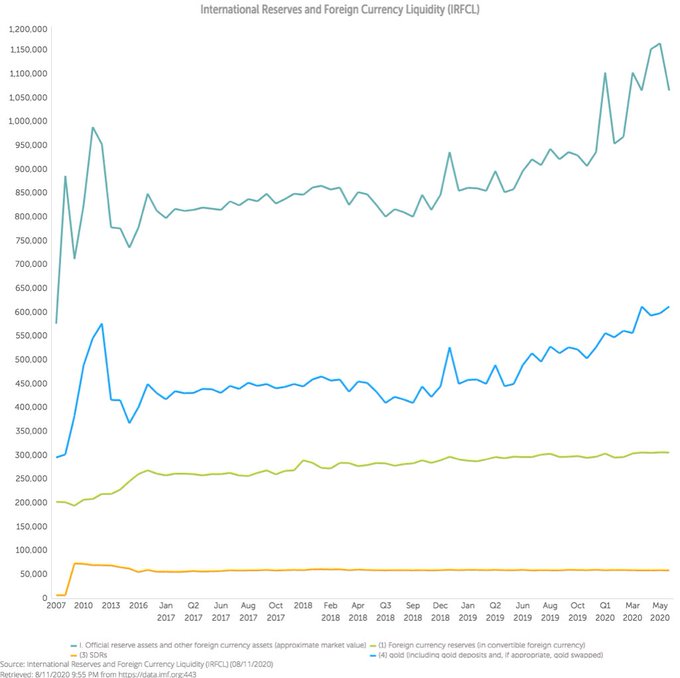 This according to Russian health minister, Mikhail Murashko. On the headline, I reckon he is referring to mass production. It’ll be interesting to see how this pans out over the coming months and how it will impact other countries to produce “breakthroughs”.
Meanwhile, the country itself just reported another 5,102 new virus cases and that sees the total confirmed cases exceeding 900,000 (~180,000 active cases). Another 129 deaths were also reported, bringing the tally on that front to 15,260 persons.

Comments by the Chinese foreign ministry

There’s nothing really new here as this has been China’s stance all along but it does reaffirm expectations that both sides have a lot more than just the Phase One trade deal to discuss if they were to meet later this week.

The June monthly report was better-than-expected but it mainly just reaffirms sentiment that the economy is picking up further amid the easing of lockdown restrictions.
But as mentioned before, the government furlough program is still masking a lot of the underlying weakness in the economy for the time being.
As such, the outlook – especially in the latter stages of Q3 and Q4 – remains uncertain as there may be a bigger hit to the labour market, in turn the economy, moving forward.
Cable is now up to 1.3050 from around 1.3030 prior to the release of the figures but I don’t see this as being a material game changer for the pound. The dollar side of the equation still holds all the cards in trading at the moment.

A mixed session for Asian equities but mostly lower

The decline in tech stocks in the US overnight is weighing on sentiment today, though Japanese exporter stocks are benefiting from a weaker yen. Chinese equities are the ones leading losses today, with the Shanghai Composite seen down 1.7% currently.
The rout in precious metals is also part of the reason weighing on the risk mood with stimulus talks in Congress facing yet another stalemate.
In the currencies space, the dollar is keeping firmer as such with EUR/USD down to 1.1720 and AUD/USD weighed lower at 0.7110-20 levels at the moment.

A report overnight in the South China Morning Post that China’s military forces have been ordered not to fire first in confrontations with the US ….   is good news … I guess:

Says the Post:
Link to the Post is here for more, may be gated
Let’s hope a mistake is not made.

Moderna (MRNA) are working hard to develop a cov1 COVID-19 vaccine. Trump jumping onto the bandwagon. The government deal with Moderna is worth around USD1.5bn to the firm.