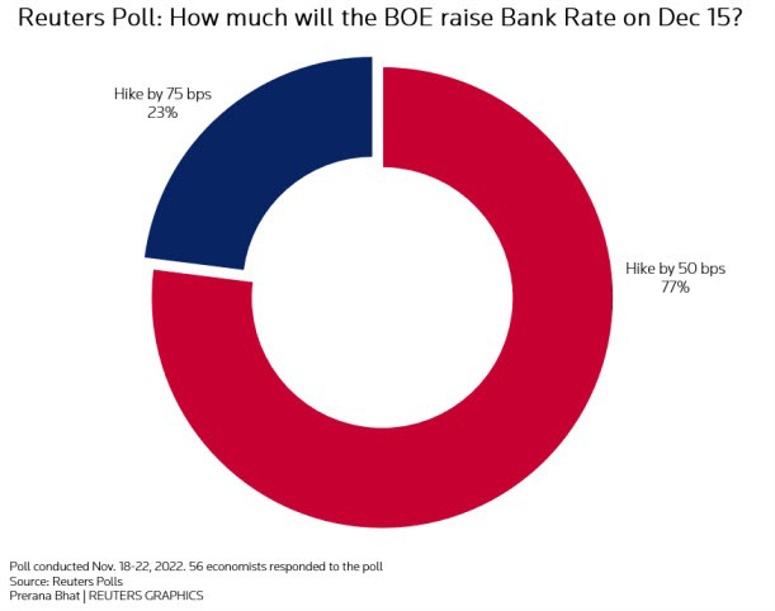 Given surging inflation pressures, the BOE will continue to feel badgered into tightening monetary policy further for the time being. There was already some pushback by Bailey & co. in the November policy meeting, hinting that the terminal rate would be at “a lower peak than 5.20% priced into markets”.

In other words, they are already angling towards a slower pace of tightening and with a prolonged recession on the cards, they might just be the first major central bank to pause rate hikes.