END_OF_DOCUMENT_TOKEN_TO_BE_REPLACED

The Fed meeting will culminate with the Fed interest rate decision on Wednesday at 2PM. The Fed is expected to add another 75 basis points which will get the target range for Fed Funds to 2.25% -2.5%. That also gets the rate to the neutral rate range implied by Fed officials. The Fed is on a mission toward above neutral as they look to snuff out inflation NOW.

In addition to the rate decision, the 2nd quarter GDP for the US will be released (it is the first cut or advanced reading), but it will show if the US went through back-to-back quarter declines which is technically needed to define a recession. The expectations is for a 0.4% gain, but the Atlanta Fed GDP-Now estimate is modeling a -1.6% decline in its latest results. The GDP will be released on Thursday at 8:30 AM ET.

The decision and the GDP will certainly shape the forex and other markets, but so will a slew of key earnings from some of the larger capitalized companies. The stronger dollar is likely to be a headwind for a number of those reporting.

END_OF_DOCUMENT_TOKEN_TO_BE_REPLACED 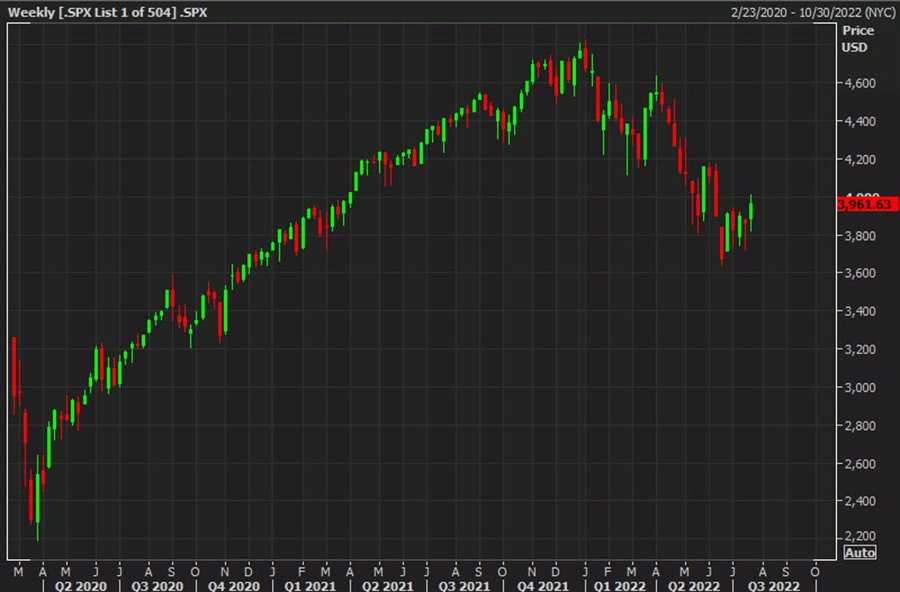 It was a disappointing day for the bulls but still an encouraging week.