European Union leaders met on Monday 30 May 2022 to discuss another set of sanctions targetting Russia.

Tweets from Charles Michel, President of the European Council: 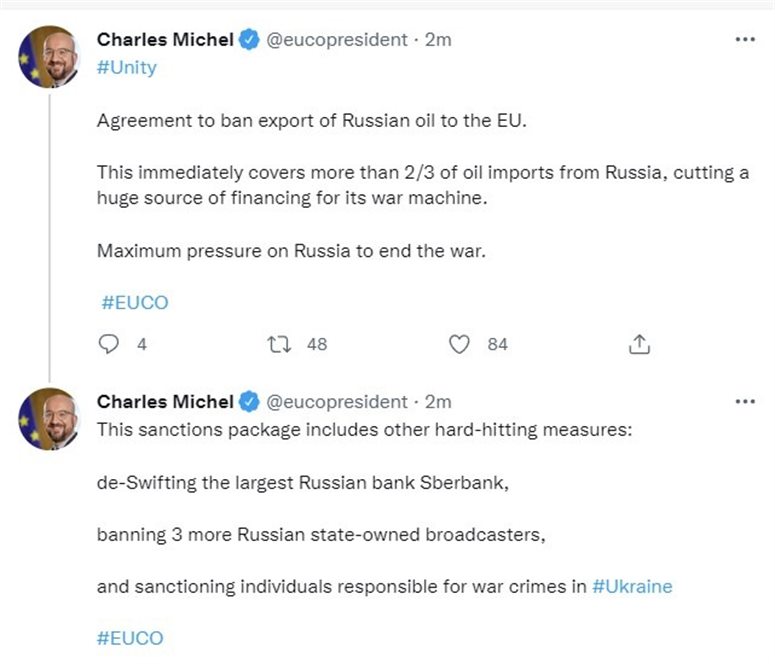 This is concrete action from the EU. Reuters headlining that 90% of Russian oil imports will be banned by the end of this year.

Also ‘de-SWIFTing Russia’s largest bank (i.e removing from the SWIFT international settlements system – another big move … although I think ‘de-Swifting’ might be seen as a crime against the language as time goes by!)