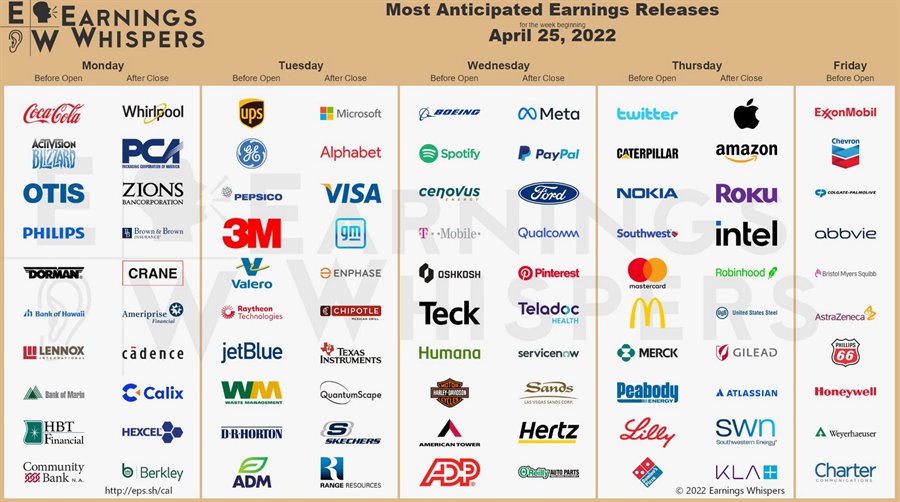 I’m not sure if this is the peak of earnings season as measured by the number of companies reporting, but it’s certainly the peak of big names reporting.

Monday morning starts off with Coca-Cola and that afternoon we get economic bellwether Whirlpool. The tech heavyweights go on Tuesday, Wednesday and Thursday, including:

Probably the scariest big cap tech stock chart out there right now is Alphabet, which on Friday broke through a level that’s been tested four times previously.