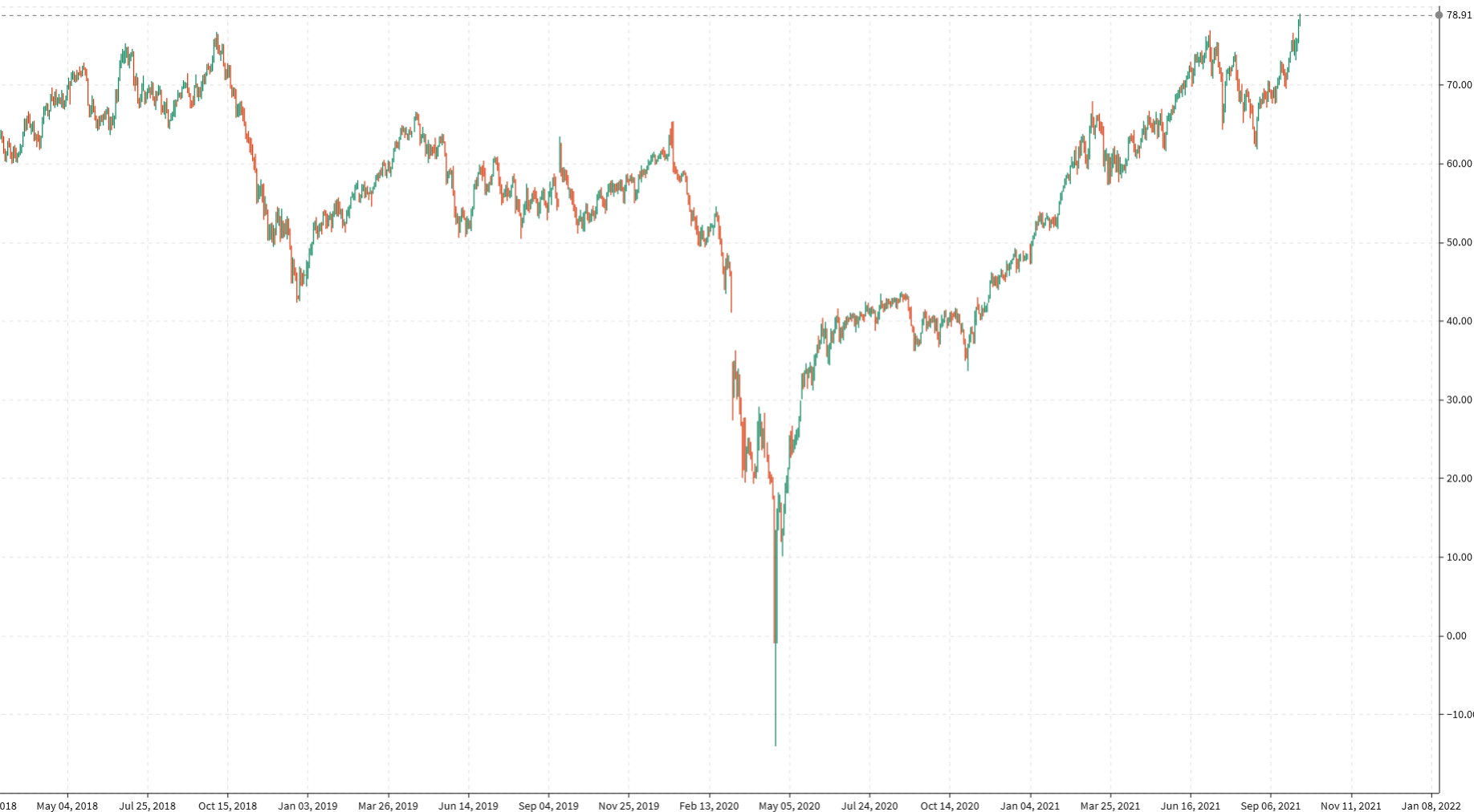 Whenever there’s a major breakout like we saw in oil yesterday, there’s always a chance of a false breakout.
One positive sign though was that it came on a newsy day with the OPEC meeting providing somewhat of a catalyst. Today’s price action is another good sign as crude hasn’t just consolidated the move to a new range, it’s extended it.
WTI just touched $79 fro the first time since 2014 and is up 1.75% on the day. I would note that this rally is also coming at what’s usually a poor seasonal time of year for oil.