Axios is reporting that US and Israel have held secret talks on Iran last week to discuss a possible “plan B” if nuclear talks are not resumed.
A White House spokesperson said that the US remains engaged in ongoing consultations with the Israeli government.
Iran foreign minister said on Tuesday that Iran would be ready to resume Vienna nuclear talks in a few weeks, but those overtures are just that.
Read the full story HERE.
The price of crude oil has moved higher and currently trades around $72.13 up $1.31 or 1.85%.
Looking at the hourly chart, the price is moving away from its 100 hour moving average at $71.41. A swing low today stalled against the 50% midpoint of the move down from last week’s high to the low reached yesterday at $69.38. That level came in at $71.25. 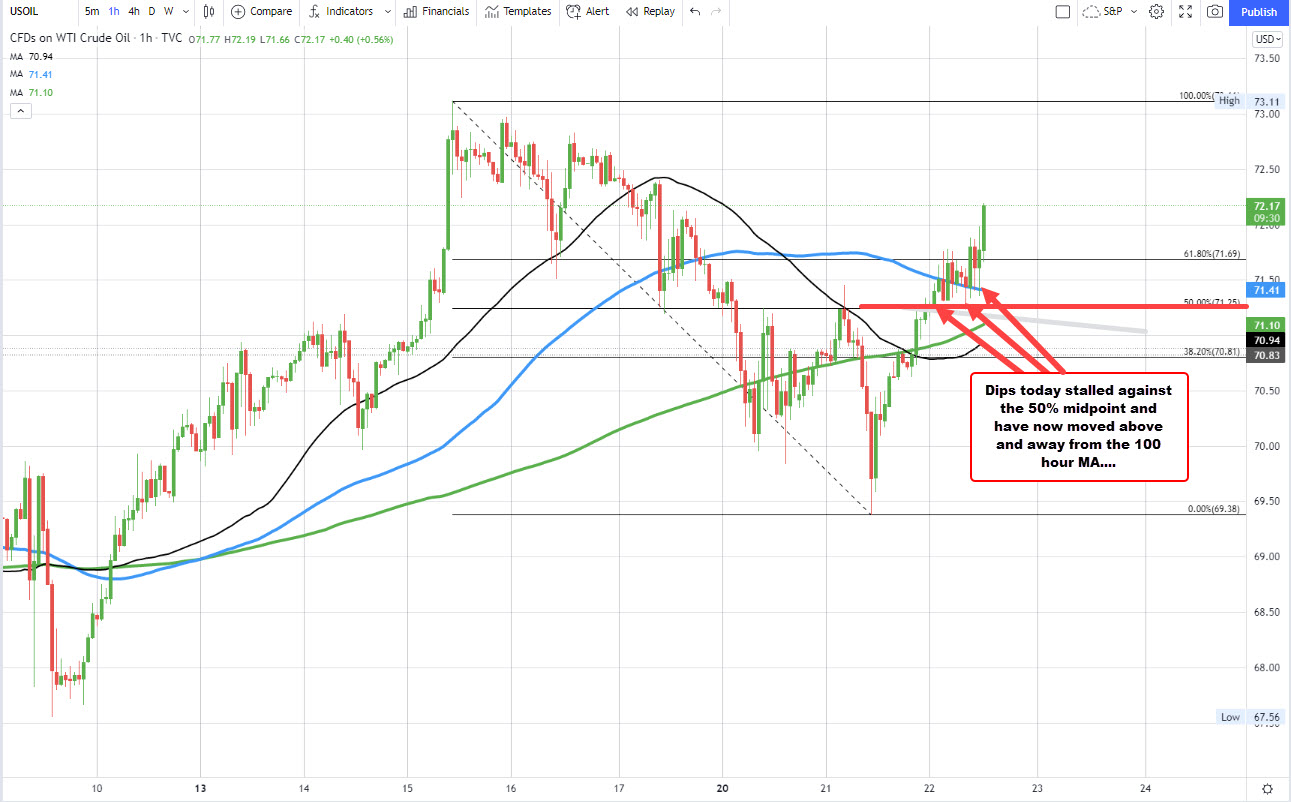