US President Joe Biden will host a ‘Quad’ summit on September 24. China’s growing assertiveness is said to be the main topic.

Will be held at the White House, leaders all attending in person.
“Hosting the leaders of the Quad demonstrates the Biden-Harris Administration’s priority of engaging in the Indo-Pacific, including through new multilateral configurations to meet the challenges of the 21st century,” says White House press secretary Jen Psaki
i.e “challenges of the 21st century” = China, I guess.
The last meeting, in March, was virtual: 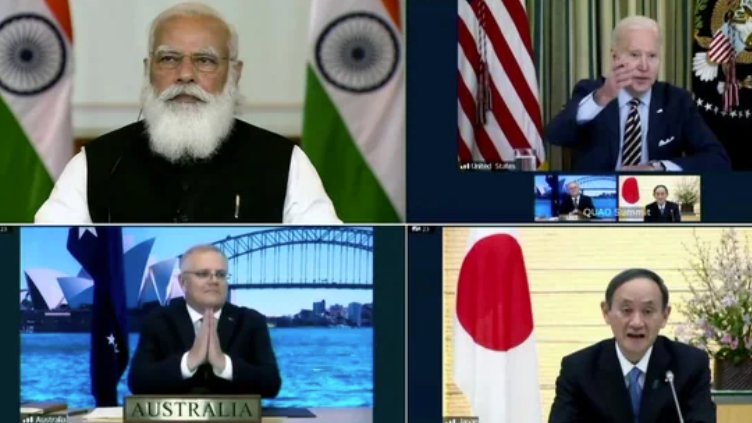 Australia’s PM praying he still fits on his pants? Dunno.