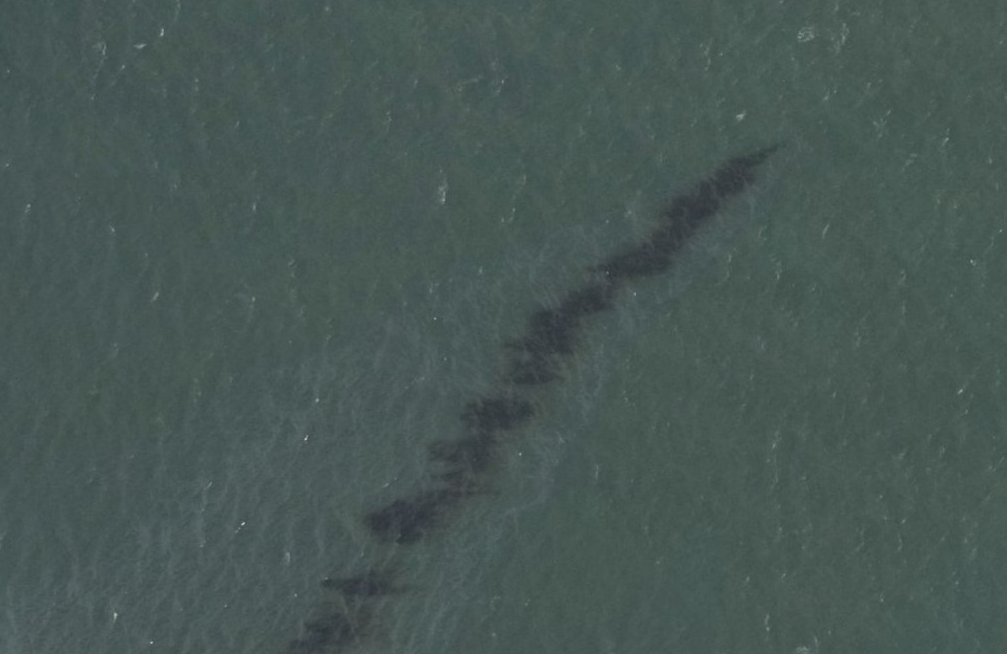 There’s a pipeline in the Gulf of Mexico leaking oil and no one seems to know who it belongs to.
It’s a baffling example of incompetence from regulators and industry.
The saga starts on the weekend when The Citizen Lab, a research center based at the University of Toronto, found an oil slick in the aftermath of Hurricane Ida.
Not the government, not the regulators, not oil companies; but researchers looking at satellite date.
The images spread and it was discovered that Talos Energy had operated there. So the company sent clean-up crews via a non-profit set up by oil companies for that purpose.
At the same time, Talos said it stopped production in the area in 2017 and removed its infrastructure from the site.
“The source of the release is not proximate to any of the plugged wells, nor to the former locations of Talos subsea infrastructure,” Talos said.
In any case, the non-profit sent divers to try and figure out what was going on and using sonar they discovered a 12-inch pipeline that “appears to be bent and open ended.”
Talos continues to pay for the containment and cleanup of the oil but reiterated that it’s not the source of the leak.
Either they’re lying, which I doubt because it’s probably securities fraud. Or they’re right and somehow there’s a pipeline in the gulf and no one knows who it belongs to?
To me, this whole saga is a terrible look for the industry and regulators. I support the oil and gas industry because it’s an incredible business and we’re going to need petrocarbons for decades to come.
But this is 2021. You can’t be so loosely regulated that people in Toronto are discovering oil spills in your backyard and no one can figure out who a pipe belongs to. This kind of fiasco is begging for heavier regulation at a time when the industry is on its knees.
Another example is Phillips 66. The company’s Alliance Refinery in Belle Chasse, Louisiana was hit hard by the hurricane. A makeshift levy made of sandbags at the site failed.
Rather than being proactive, the company was pinned down by the Associated Press.

Asked about reports of levee failures near the refinery Monday, Phillips 66 spokesman Bernardo Fallas said there was “some water” in the facility and stressed that operations were shut down in advance of the storm. Asked Tuesday about potential environmental hazards emanating from the facility, Fallas referred a reporter to a statement on the company’s website saying its response is focused “on ensuring the safety and well-being of our employees and our surrounding communities.”

After the AP sent Phillips 66 photos Wednesday showing extensive flooding at its refinery and what appeared to be petroleum in the water, Fallas conceded by email that the company could confirm it had “discovered a sheen of unknown origin in some flooded areas of Alliance Refinery.”

“At this time, the sheen appears to be secured and contained within refinery grounds,” Fallas said Wednesday evening. “Clean-up crews are on site. The incident was reported to the appropriate regulatory agencies upon discovery.”

Fallas did not respond when asked whether the leak was reported after the AP sent the company photos four hours earlier. 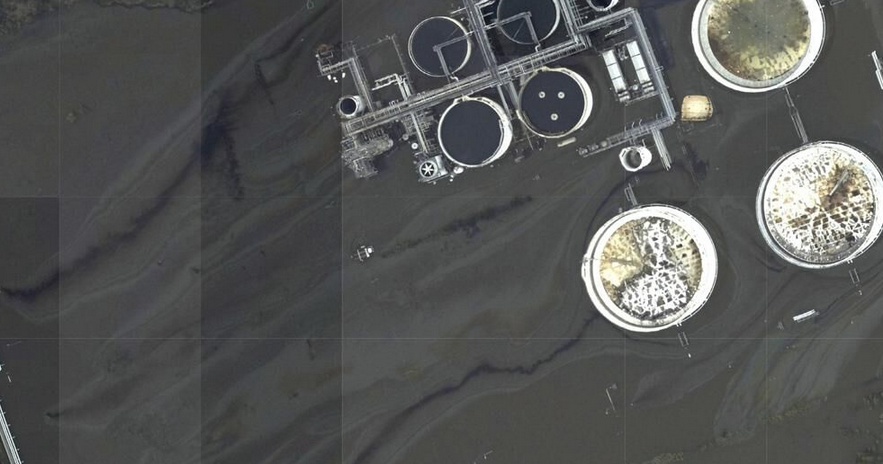