Consolidation or a short pause? 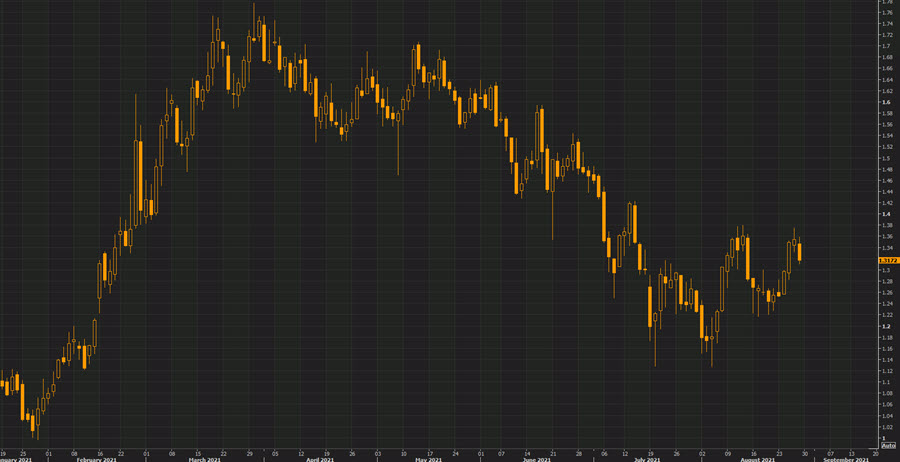 10-year Treasury yields nearly touched 1.36% just before Powell’s speech but they’re down to 1.32%, highlighting that the bond market is less worried about a September taper.
I think the market discussion will shift away from a Nov/Dec/Jan timing on tapering decision to more of a focus on the pace. At $10B per month it would take a year, a $15B it would take 8 months and at $20B it would take six months.
There’s a decent argument for any of those paths but the $15B camps appears to be in the lead. Expect that debate to heat up in the next few weeks.
In terms of price action, if delta continues to crest (or better yet, fall off rapidly) and we get some strong data next week, then I expect the top of the August range in 10s to break, which should pull USD/JPY with it.