After a quickly-called ministerial meeting yesterday and a short meeting, OPEC+ agreed to a plan to increase production in 400k bpd increments through year-end.
The previous meeting grew contentious when the UAE demanded a higher baseline quota starting in May. That left OPEC in disarray but earlier this week there were reports that Saudi Arabia had made a deal with the UAE.
That was true as UAE’s baseline was adjusted to 3.500 mbpd from 3.168 mbpd. That was less than the +3.6mbpd they were pushing for but the more-important news is that Iraq, Russia, Saudi Arabia and Kuwait were also granted higher baselines for a total of 1.63 mbpd.
Importantly, ministers say this increase won’t hit all at once in May, with production hikes to be limited to 400k bpd, though beyond December, the size of the hikes weren’t agreed. The group also extended its deal until year-end 2022 and has provisions for returning Iranian oil. 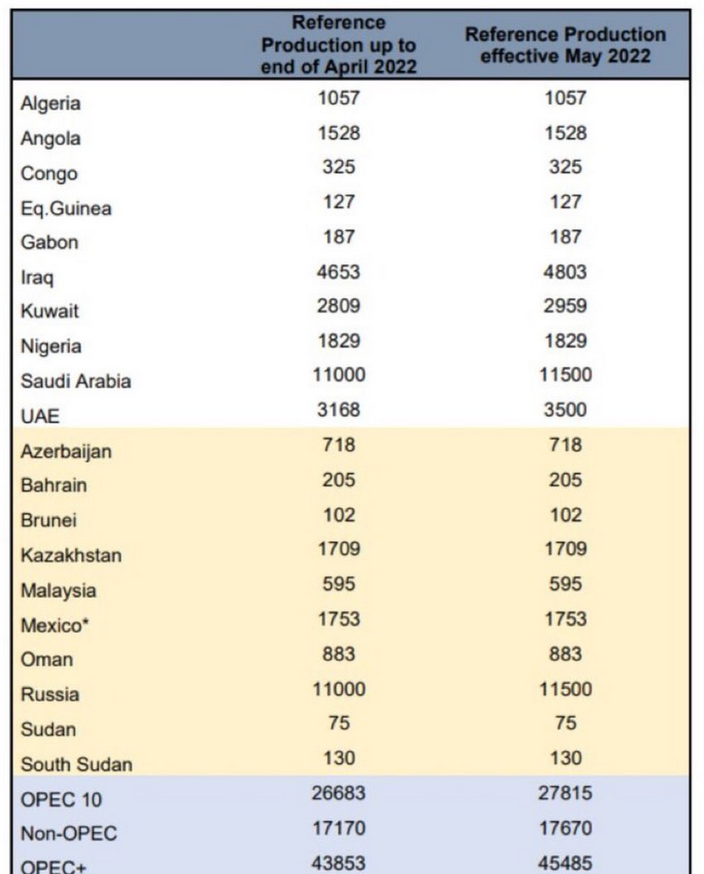 “higher baselines will have no effect on balances, as our sources tell us that monthly production increments will be capped at 0.4mbd even after higher baselines are granted to some countries from May 2022.” according to Energy Aspects today and that’s in line with how the statement is worded.
Saudi Prince Abdulaziz said there is now a process in place and that any country with baseline grievances can go through it. That could lead to higher baselines for Algeria and Nigeria as well. He also said that by September of next year the full 5.8 mbpd in curbed pandemic production could be restored.
Overall, this adds some certainty to the oil market on the supply side. It’s the demand side though that’s cloudy because of the growing threat from variants and slow reopenings.