The major European indices arre ending the session lower on the day. The provisional closes are showing:

END_OF_DOCUMENT_TOKEN_TO_BE_REPLACED

Fresh dollar buying into the fix

It’s the final day of the month, quarter and half-year and dollars are in demand. I think this will prove to be a selling opportunity once the dust settles.
The demand for dollars this week has been relentless.
END_OF_DOCUMENT_TOKEN_TO_BE_REPLACED

USD moves higher vs those pairs

The USD has moved to new session highs vs the EUR, JPY and CHF.
EURUSD: The EURUSD finally showed some additional downside momentum and has increased the day’s trading range in the process, the range is up to a more respectable 53 pips (was only 26 pips at the start of the NY session).  The average over the last 22 trading days (about a month of trading), is 65 pips.  The low has reached 1.18552 so far. The swing lows from June 18 to June 21 come between 1.18452 to 1.18507.

USDJPY: The USDJPY is up testing the topside trend line on the hourly chart.  The high for the week at 110.978 would be the next target on a break to the upside.   Earlier the price moved above the 200 and then 100 hour MAs (green and blue lines) as buyers retook control from a bearish tilt earlier in the day (below the MAs).  END_OF_DOCUMENT_TOKEN_TO_BE_REPLACED

END_OF_DOCUMENT_TOKEN_TO_BE_REPLACED

API data from late yesterday:
WTI was trading at $73.73 just before the report and is slightly lower afterwards. The headline is a bit lighter than API data but the gasoline and distillates numbers are more bullish. There are no big surprises here and the market will get right back to focusing on tomorrow’s OPEC+ meeting. 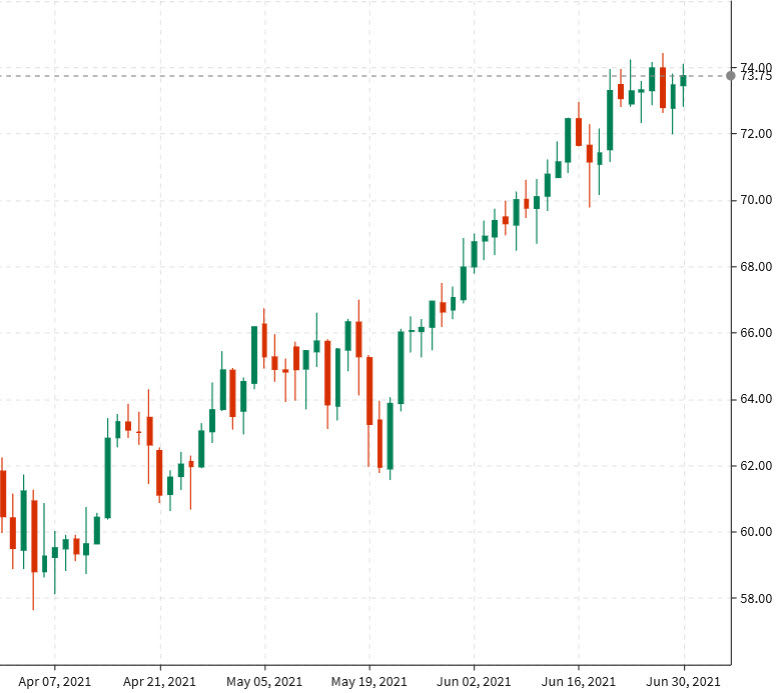 END_OF_DOCUMENT_TOKEN_TO_BE_REPLACED

US pending home sales for May

The data is obviously much stronger than expected. However, these numbers are for May. Since then there has been a slowing as a result of higher mortgage rates and impact from higher prices as well.
The Pending Home Sales released by the National Association of Realtors is a leading indicator of trends of the housing market in the US It captures residential housing contract activity of existing single-family homes.
END_OF_DOCUMENT_TOKEN_TO_BE_REPLACED

According to a survey by Reuters 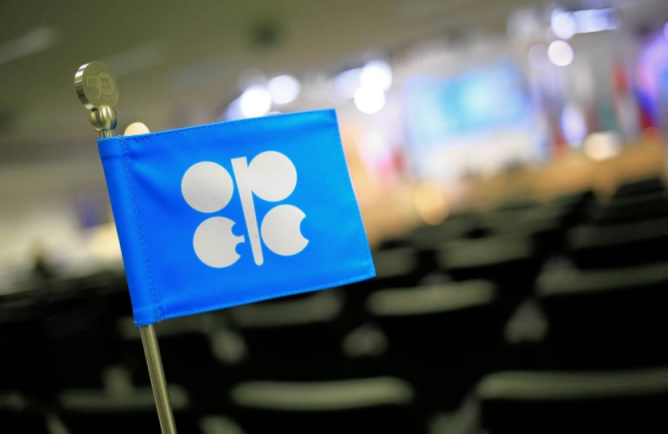 This isn’t so much so a surprise as they are pumping more amid improving demand conditions, with output having risen in every month sine June 2020 (besides February).
Of note, Saudi Arabia is surveyed to post the largest output gain this month but even so, the group is still pumping less than what is proposed by the latest accord – as seen with the compliance levels; though it did drop from 122% in May.
Oil is keeping steadier today, up 1% to $73.72 ahead of the OPEC+ meeting tomorrow where the bloc is likely to play it safe and announce a 500k bpd increase in output. Risks are to the upside (in terms of output) on the announcement so just be wary.
END_OF_DOCUMENT_TOKEN_TO_BE_REPLACED 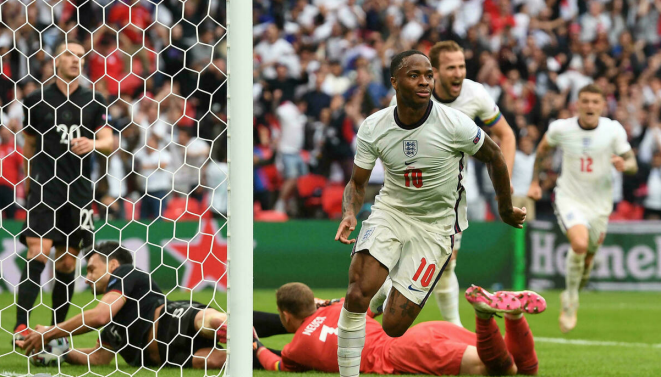 It is a slow start to the day once again with major currencies little changed after having seen the dollar and yen keep steadier to start the new week.
10-year Treasury yields are keeping lower around 1.48% and that is keeping the mood in yen pairs leaning slightly towards the downside for the time being.
Elsewhere, US equities are still embracing the optimism ahead of the month/quarter-end while the dollar is holding its ground. That said, be wary of the London fix later today.
The ranges in play are still keeping with that we saw immediately post-FOMC and that may stay the course until we get to the non-farm payrolls on Friday.
With England edging out Germany yesterday, the mood in London is likely still reeling in celebrations so it may be a bit quiet on the trading front in the hours ahead.
0600 GMT – UK Q1 final GDP figures
The preliminary report can be found here. As this is the final report, it shouldn’t tell us much that we don’t already know and it is a lagging indicator by now.
0645 GMT – France June preliminary CPI figures
The prior release can be found here. French inflation is estimated to hold up in June as more robust price pressures continue to persist for the time being.
0700 GMT – Switzerland June KOF leading indicator index
The prior release can be found here. The reading measures the future trends of overall economic activity in the Swiss economy.
0755 GMT – Germany June unemployment change, rate
The prior release can be found here. The German jobless rate is estimated to tick a little lower in June though overall labour market conditions remain tough to draw any conclusions from for the time being. I reckon we’ll only get a better picture and understanding of the trend going into next year if anything else.
0800 GMT – Switzerland June Credit Suisse investor sentiment
The prior release can be found here. The reading measures analysts’ expectations on the Swiss economy and other economic expectations over the next 6 months.
0900 GMT – Eurozone June preliminary CPI figures
The prior release can be found here. Euro area inflation is expected to keep on the high side near May levels though the core reading is estimated to keep below 1% for now and that will allow the ECB to keep playing down the price outlook for now.
1100 GM – US MBA mortgage applications w.e. 25 June
Weekly US housing data, measures the change in number of applications for mortgages backed by the MBA during the week. Amid the sudden turn higher rates this year, recent mortgage activity has dipped with purchases falling sharply alongside refinancing activity so it’ll be one to watch out for.
That’s all for the session ahead. I wish you all the best of days to come and good luck with your trading! Stay safe out there.
END_OF_DOCUMENT_TOKEN_TO_BE_REPLACED

China’s manufacturing, and services, PMIs are expected to have declined in June: