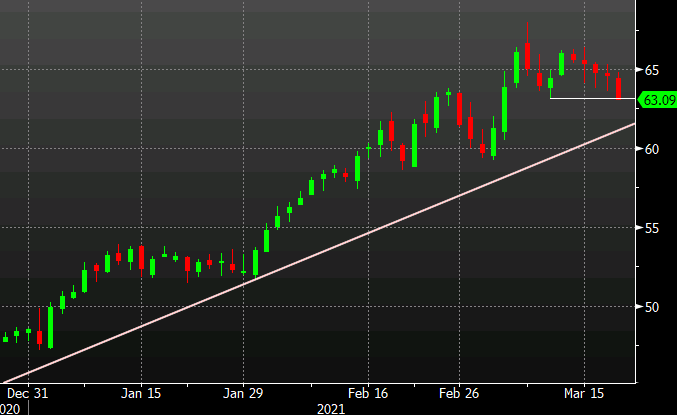 Oil has fallen through last week’s low in the fifth consecutive day of declines.
Oil is now chewing into the OPEC pop and consolidating in the $60-67 range. The next big test will be the uptrend since $33.64 on the eve of the US election.
It’s run a long way on the reopening trade and it’s clear that OPEC+ isn’t playing around on tightening inventories. The Texas storm has skewed some of that and Europe looks like it will be slower-than-hoped to reopen so some strength is coming out.
I’m very bullish on crude though. Demand will come back to 2019 levels next year but production won’t. Investment in oil is falling and companies have been consistent in saying they’re not going to grow.
There’s also a good chance that demand is stronger than expected this year on the reopening given sensational car sales in the past year.