The Fed’s work isn’t done.
Temporary pandemic rules on bank supplementary leverage ratios (SLR) are set to expire on March 31 and there’s no clear indication on what the Fed will do.
Yesterday, Powell was asked about the SLR and offered nothing in response, saying only that an announcement would be made in the “coming days.”
I speculated that he may have wanted to keep the market’s focus on all the dovish news rather than what could be a negative for bonds — ending the SLR.
What’s challenging about the SLR is that there’s no consensus about whether or it will be done, or more importantly, if it’s even necessary.
Funding markets star Zoltan Pozsar from Credit Suisse thinks it will be ended and won’t matter but others think the opposite, as Zero Hedge details today.
Some think that the weakness in bonds today is tied back to the looming announcement. 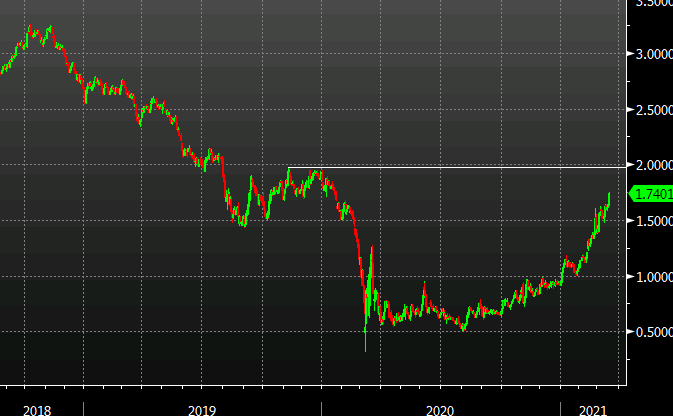 This is uncharted territory.
Here’s more from Bloomberg.

“We estimate the potential for about $200 billion in Treasury selling, with the potential for it to be even larger,” said BMO Capital Markets strategist Dan Krieter. He added that the outlook remains “extremely uncertain” because it’s not clear what banks’ capital demands will be going forward.