In case you are wondering what all the fuss is about second waves of the flu virus here is a chart that shows the second wave of infections from 1918. 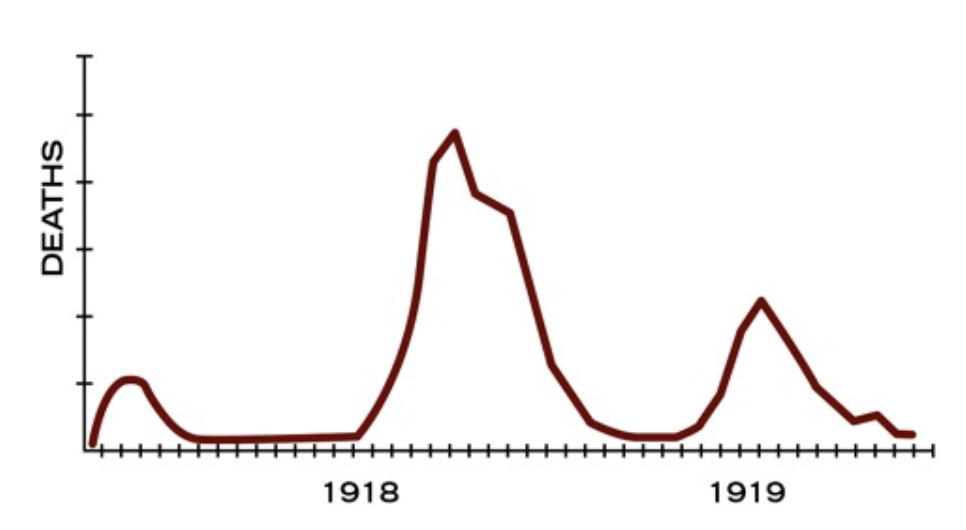 In the flu of 1918/1919 the second wave was around 5 times greater than the initial spike of cases. There were 3 different waves of illness during the pandemic. the first was in March 1918 and fell back by the summer of  1919. However, the pandemic peaked in the U.S. during the second wave, in the fall of 1918. it was this highly fatal second wave was responsible for most of the U.S. deaths attributed to the pandemic. According to the CDC around 50 million deaths occurred worldwide because of the outbreaks and around 1/3 of the entire population was infected.  Read the CDC piece here for more info.