The tug of war for power in the oil market 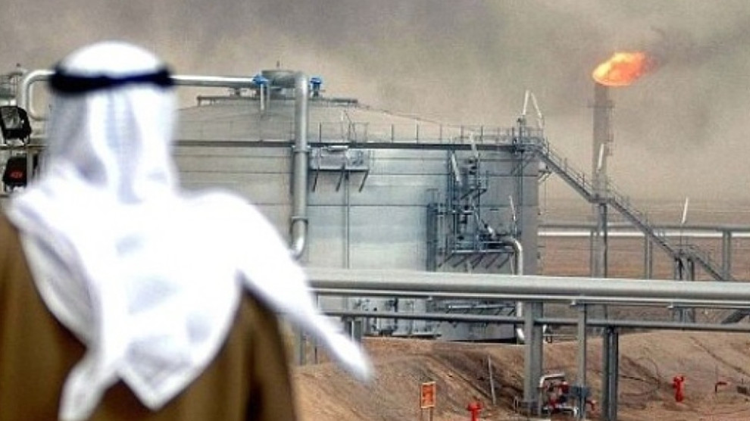 Once upon a time, lived a very powerful person who decided that he had enough authority to change the world and oust his less powerful rival. At first, his plan succeeded since his less mighty rival went into the shadows.

However, in one remote kingdom near the Persian Gulf, several men, completely unconcerned with questions of authority, decided to teach the arrogant person a lesson and paid him back in his own coin.

It seems strange that no one in Vladimir Putin’s inner circle has warned the president about the disastrous consequences of his recent decision.

Why did nobody in the Ministry of Economy, the Ministry of Finance, or in the Council of Ministers recall that the Russian oil market is in the doldrums? Moreover, there are countries like Saudi Arabia that are literally awash in oil.

Some people joke that it is enough to stick a finger in the ground and a fountain of oil will start to flow out of it. Therefore, Russia’s decision to cut ties with the petroleum-exporting cartel OPEC delivered a hard blow to investors.

Some experts assume that Russia refused to agree to a cut in its oil production in order to undermine the US influence in the oil market. However, it was rather a bold move even for Russia, one of the largest oil producers, to turn against Saudi Arabia.

The Middle East oil giant dominates the oil market and knows no rivals. If someone dares to defy this authority, the Saudis have many tools at their disposal on how to bring down a rival.

When Russia refused to extend an OPEC+ deal, Saudi Arabia declared a price war, crashing down Brent oil price to $19 per barrel, its lowest level since 2002.

Apart from that, Saudi and Riyadh-affiliated companies have chartered all available vessels in a private tanker fleet in order to flood Europe and China with not just cheap oil, but very cheap oil.

Against this background, commodity currencies, including the Russian ruble, started to collapse. Traders around the world began to speculate on the euro and the US dollar strength against emerging market currencies.

Those who held emerging-market currencies rushed to get rid of them. As expected, the situation boosted the demand for safe-haven currencies – the Swiss franc and the Japanese yen. This always happens when the markets face some dramatic changes.

The fall in oil prices may have both positive and negative effects on the markets. As for the positive consequences, cheap oil makes the currency a manageable, predictable and an effective investment instrument.

In addition, when oil is cheap, it is easier to produce and consume it, while businesses (except oil ones) enjoy growing profitability. However, all these positive effects can be offset by a more serious challenge – the coronavirus pandemic.

Cheap oil amid the spread of the deadly virus is a serious problem for those who are infected: consumption is growing, while margin is decreasing. Costs are pressing from one side, while profitability is exerting pressure from the other. Therefore, commodity currencies are taking a nosedive and the industry is hurting.

This summer, oil prices are bound to regain some of the losses and consolidate between 35-40 dollars per barrel, but then the prices are expected to fall again to 20-24 dollars by autumn.