China Pres. Xi is on the wires trying to stay positive in the face of the coronavirus outbreak. He says:
END_OF_DOCUMENT_TOKEN_TO_BE_REPLACED

The China Global Times is out with a tweet saying the US is using the coronavirus in its attack against Beijing. Specifically they tweet: 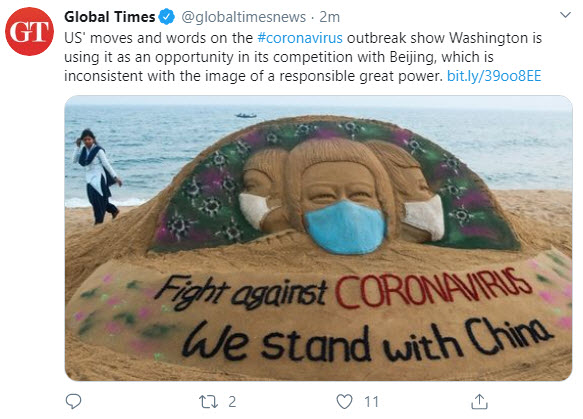 The China Global Times is thought to be a sounding board for the China government.
Yesterday US is trade represented Peter Navarro criticized China saying that they need to do more to prevent these health breakouts. It sounds like it could be another addendum to phase 2 of the US China trade deal.
END_OF_DOCUMENT_TOKEN_TO_BE_REPLACED 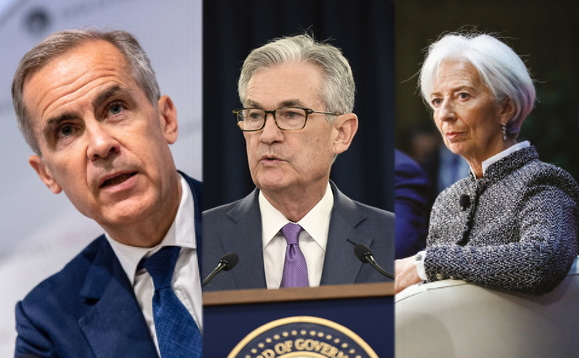 Here is the agenda:

1400 GMT – ECB president Lagarde speaks in Strasbourg
Lagarde will be making an introductory statement on the presentation of the 2018 ECB annual report at the European Parliament in Strasbourg. The text will be made available on the scheduled time but I wouldn’t expect much of anything new from Lagarde given the backdrop and even if she does touch on current policy and economic conditions.
1500 GMT – Fed president Powell testifies before the House Financial Services
panel
Powell will be testifying on the Fed’s semiannual monetary policy report and this is usually the “grilling session” in which we see lawmakers question the Fed’s policy and outlook to you know, keep them honest supposedly. In any case, I wouldn’t expect Powell to deviate much from the current script but it’ll be interesting to hear if the Fed has any special thoughts or views involving the coronavirus outbreak situation.
1535 GMT – BOE governor Carney testifies before the Lords Committee
Carney will be attending a hearing with the House of Lords Economic Affairs Committee where he will be facing questions involving the topics here. Much like Lagarde and Powell, I wouldn’t expect Carney to move away from the current views of the central bank that were already expressed recently. So, expect more of the same old, same old here.
Although expectations aren’t for anything major in the speeches today, it is better to be aware of them just in case we do hear of any surprises and they don’t come any bigger than from the heads of the ECB, Fed and BOE.
END_OF_DOCUMENT_TOKEN_TO_BE_REPLACED

Says the downgrade reflects a sharp deterioration in Q1 activity

In other words, it is a tentative view with little in-depth modelling and forecasting being made at this stage – with possible revisions depending on developments surrounding the coronavirus outbreak in and outside of China.
I reckon that is the case for almost everyone in the world as we have to deal with the virus outbreak on a day-to-day basis with evolving opinions.
That said, the firm says that they remain overweight on EM currencies that offers both attractive nominal and real carry, even as they expect a near-term hit to global growth from the virus outbreak situation.
Among the currencies they favour are the RUB, MXN and IDR while they are funding these against underweight exposures to CAD and NZD.
The firm is also overweight in JPY as a hedge for risk-off sentiment during this time.
END_OF_DOCUMENT_TOKEN_TO_BE_REPLACED

END_OF_DOCUMENT_TOKEN_TO_BE_REPLACED 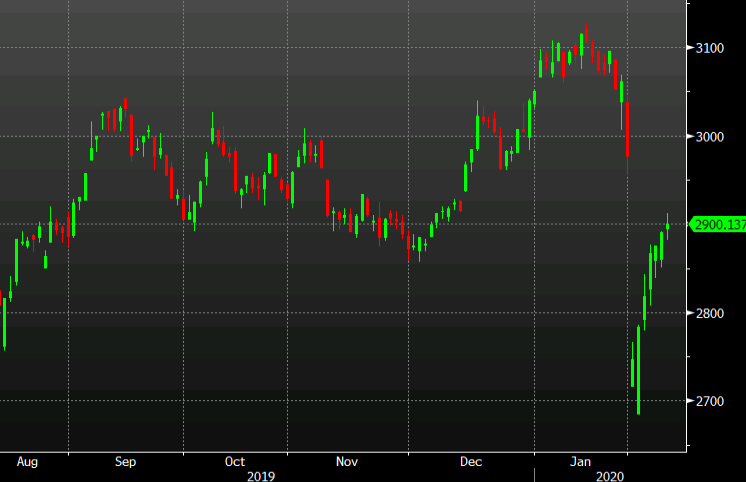 The clearest sign of coronavirus fears ebbing along with the massive liquidity injections from the PBOC is the recovery in the Shanghai Composite.
The Chinese stock index took a swan dive when it re-opened after the lunar new year holiday and then briefly fell even further on the second day of trading. Since then however it has climbed in six straight days. The bid has dried up a bit today but there is still plenty of gap to be filled.
END_OF_DOCUMENT_TOKEN_TO_BE_REPLACED

END_OF_DOCUMENT_TOKEN_TO_BE_REPLACED

What to watch for in the outbreak

3 scenarios for Coronavirus and its FX implications.

“Coronavirus was unknown to asset markets two months ago, may disappear as a factor within a few months, but may also evolve into a major global supply shock if it spreads and intensifies. We lay out the alternative scenarios on how the disease could evolve and what the short-medium term FX responses might be. Our subjective assessment is that current asset market pricing probably lies somewhat closer to the static than good scenarios,” SC notes.

“FX winners (W) and losers (L) under our good scenario where the disease abates:

FX winners (W) and losers (L) under our static scenario of neither major intensification nor elimination:

FX winners (W) and losers (L) under our bad scenario where the disease intensifies and spreads: