Our Mantra :Use Technical Analysis…………Deep Study is must !

END_OF_DOCUMENT_TOKEN_TO_BE_REPLACED

The trader has two emotions that must be controlled in order to become successful. I call them ‘the two sides of a coin’ and they are commonly known as FEAR & GREED.

The beginning or new trader will first encounter FEAR. There are two types of FEAR. The fear of losing money and the fear of being wrong.
The fear of losing money usually derives from a trader risking money that should be used for the rent, food, children’s education etc. ‘Scared money’ will render one incapable of pulling the trigger when a trade setup comes along. The only way to overcome this paralysis is to be well capitalized with funds that you can risk.
The fear of being wrong is simply that part of all of us that feels that to make a wrong decision is reflective on our personal competency. The cure for this is to simply realize and accept that losses are part of this game. Think about this? A baseball player needs to hit the ball once for every three times at the plate and this will get him into the Hall Of Fame. Whenever you feel the fear of being wrong, just remind yourself that… “My approach for trading has both historically and real-time produced over (number)% winning trades.” This will give you the confidence to step up to the plate and keep swinging. Also tell yourself that the only way to earn the big money is to get into the game. Have confidence in your trading system that when properly executed, it will make much more money than it loses.
So, why is GREED the flip side of fear?
Greed is caused by the fear of not making enough money. Traders who are greedy are often the exact opposite of the ones who are fearful. They have no fear and usually are very aggressive traders, which can get them into big trouble fast. Greed will usually lead to overtrading, failure to follow the trading rules, and not applying the system consistently. One of the biggest problems when greed sets in is the inability to know when to take profits. These traders are so bent on making a killing that they are never satisfied. If they have significant profits they don’t even think about cashing out, as they want more. This often leads to the inability to see the trade turning against them and they will allow winning trades to turn into big losing ones. END_OF_DOCUMENT_TOKEN_TO_BE_REPLACED

END_OF_DOCUMENT_TOKEN_TO_BE_REPLACED

In one of the AGMs that I attended, there was an impatient “investor” sitting next to me.

He confided to me that he was waiting for this AGM to get over so that he could have his lunch and then he could attend two more AGMs !

I remarked that he must be having lots of shares to attend so many AGMs. He replied in Hindi “Nahi, Nahi.Sab mein 5-10 shares hai .”

Looking at my puzzled expression, he explained” You buy 5-10 shares of a company.In a AGM, they normally have a meal (lunch or snacks). If the venue is nearby, you attend the AGM.By attending two/three AGMs, you recover the cost of your shares.Sometimes the management gives gifts also.Plus, you get dividends and a lifetime access to free meals !”

If Ben Graham heard this approach to value investing, he would probably turn in his grave !

END_OF_DOCUMENT_TOKEN_TO_BE_REPLACED

The rules are not hard to understand. Recognizing a profit from a loss is simple. If the rules are easy to grasp and a profit is distinguishable from a loss, where does the problem lie? What makes it so hard to apply the rules? There is something within each of us that has a power over our minds that prevents our acting according to what we have agreed is the proper course of action. That something is present in all of us and is very powerful, more powerful than anything I know. Let’s call it ego. Until we learn to get rid of our ego, we will never make money in the market consistently. Those who haven’t identified the ego’s ways will eventually be destroyed in the market because of their ego’s tendencies. It is just that powerful. The market rewards those who have subdued their egos. Those who rid themselves of their egos are rewarded greatly. They are the superstars of their fields. In the market, rewards come in the form of profits. In the world of art, masterpieces are the results. In sports, the players are all-stars and command enormous salaries. Every pursuit has its own manifestation of victory over the ego.

END_OF_DOCUMENT_TOKEN_TO_BE_REPLACED 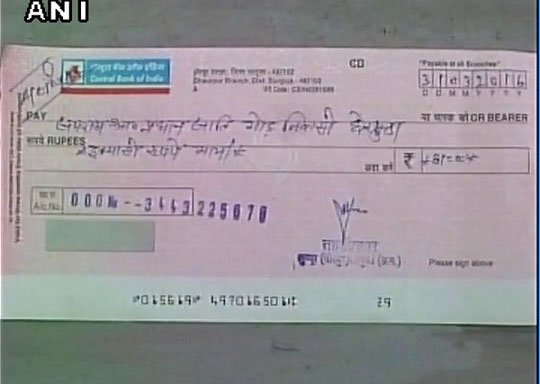 END_OF_DOCUMENT_TOKEN_TO_BE_REPLACED

“If you lack a solid trading plan and are stressed out when you trade, you’ll naturally tend to cut your profits short and hold on to losers.” – Van K Tharp
“Without a proper mental approach to trading, someone trading a “Holy Grail” system could produce mediocre results or even large losses.” – Van K Tharp
“A peak performance trader is totally committed to being the best and doing whatever it takes to be the best. He feels totally responsible for whatever happens and thus can learn from mistakes. These people typically have a working business plan for trading because they treat trading as a business” – Van K Tharp
“Trade with an edge, manage risk, be consistent, and keep it simple. The basis of all successful trading can be summed up in these four core principles.” – Curtis Faith
“When you really believe that trading is simply a probability game, concepts like ‘right’ and ‘wrong’ or ‘win’ and ‘lose’ no longer have the same significance. As a result, your expectations will be in harmony with the possibilities.” – Mark Douglas, trader & author
“Wharton taught you that 40 percent of a stock’s price movement was due to the market, 30 percent to the sector, and only 30 percent to the stock itself, which is something that I believe is true. I don’t know if the percentages are exactly correct, but conceptually the idea makes sense.” – Steve Cohen, hedge fund manager

“Traders fail for the same reason that most baby turtles fail to reach maturity: Many are called and few are chosen. Society works by the attraction of the many. As they are culled out, the good ones are left, and the others are released to go try something else until they find their calling. The same is true for other fields of pursuit.” – Ed Seykota

“Charting is a little like surfing. You don’t have to know a lot about the physics of the tides, resonance, and fluid dynamics in order to catch a good wave. You just have to be able to sense when it’s happening and then have the drive to act at the right time.” – Ed Seykota

“Win or lose, everybody gets what they want out of the market. Some people seem to like to lose, so they win by losing money.” – Ed Seykota, trader

“The markets are the same now as they were five or ten years ago because they keep changing-just like they did then.” – Ed Seykota END_OF_DOCUMENT_TOKEN_TO_BE_REPLACED

The longer a given condition or trend persist and the more comfortable we get with it, the more dramatic the correction will be when the trend fails. This does not mean that you should try to catch tops or bottoms. Only fools believe that they can be consistently lucky in fading established trends. But when a trend ends, prices often overshoot in the opposite direction.

The crowd may be stupid, but they are stronger than you. Crowds have the power to create trends. Never fade a trend. If the trend is up, you should be long or on the sidelines. Never sell short, because “prices are too high” – never argue with the crowd. You don’t have to run with it – but you should never run against it.

The most expensive 4 words in the world are “This time is different”. The underlying reasons might be different, but the psychology behind all booms and busts is always the same.