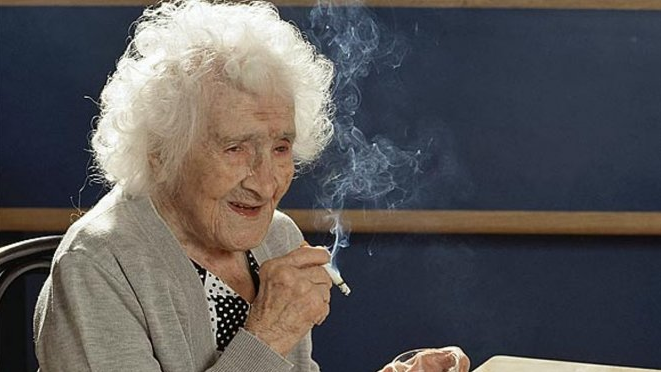 Bad luck is as old as humanity. Any casual historian can tell you of dozens of turning points in history that were battles won by pure luck.
Even the bible underscores luck in Ecclesiastes 9:11:

I returned, and saw under the sun, that the race is not to the swift, nor the battle to the strong, neither yet bread to the wise, nor yet riches to men of understanding, nor yet favour to men of skill; but time and chance happeneth to them all.

Here is a man who had time and chance both work against him.
In 1965, 47-year-old Frenchman André-François Raffray met a 90-year-old smoker with no heirs named Jeanne Calment. She had a grand apartment in Arles and Raffray agreed with her on a contract that would pay her 2500 francs until her death. In exchange, he got the apartment when she died.
What happened? She lived longer than anyone in history. She finally quit cigarettes at 117 and eventually died at age 122 — a full 32 years after the contract was signed.
She even outlived Raffray, who himself died at 77 of cancer. His family finally got the apartment, having paid more than triple what it was worth.
As for the bible verse above. It leads into Ecclesiastes 9:12: “Moreover, no one knows when their hour will come.”
Anyone who has traded for any period has had a sure thing snatched away by incredibly bad luck. That’s why the most-important trading lesson of all is to never bet too big and to remember that health is wealth.