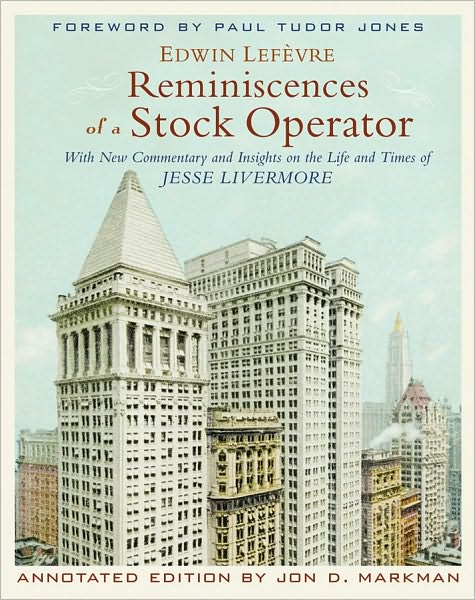 Many people come up to me, the most recent being a superior Greek Trader, Mr. Lambis, telling me that their two favorite books are Reminiscences of a Stock Operator and Edspec. I tell them they are cruel by being kind. Here’s why.
“History Lessons for Investors: An annotated reissue of Edwin LeFevre’s
Reminiscences of a Stock Operator is reviewed by hedge-fund manager and
author Victor Niederhoffer.”

IMAGINE THAT MASTER NOVELIST and chess
aficionado Vladimir Nabokov wrote a fictional memoir about
Capablanca—the 1920s world champion who never made a mistake on the
board—and that Bobby Fisher then published an updated and annotated
version, incorporating all of the important developments of modern
chess strategy, along with a foreword by Anatoly Karpov.

A similar multilayered feast on investment is now available, with minor differences. Edwin Lefevre’s Reminiscences of a Stock Operator
is a novel told in the first person by a character inspired by
legendary trader Jesse Livermore. This classic is now graced with
extensive annotations by investment advisor Jon Markman and a foreword
by hedge-fund manager Paul Tudor Jones.

The result is big and beautiful, cutting across two centuries of
booms and busts and market and economic history, with a myriad of
vintage historical photos and instructive historical charts throughout.

One of Lefevre’s favorite adages is that there’s nothing new on Wall
Street. The similarity between the financial panic of 2008 and the 1907
panic recounted in the book is a prime example.

The numerous squeezes, manipulations,
insider trading, government hauling in of scapegoats and frauds settled
for pennies on the dollar that Lefevre and Markman recount are horses
that are found as well in the modern stable.