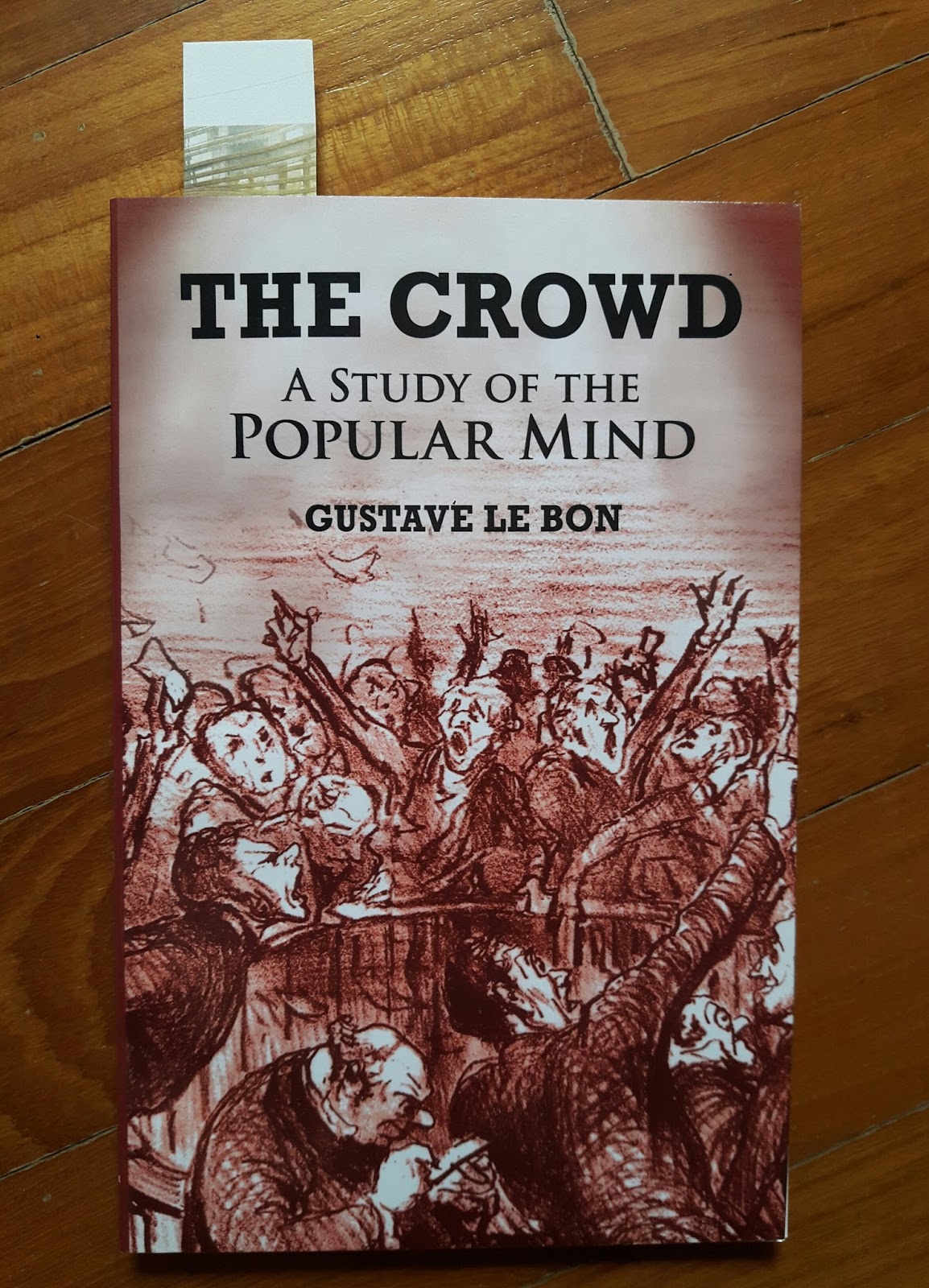 The improbable does not exist for a crowd, and it is necessary to bear this circumstance well in mind to understand the facility with which are created and propagated the most improbable legends and stories.

Crowds, being incapable both of reflection and of reasoning, are devoid of the notion of improbability; and it is to be noted that in a general way it is the most improbable things that are the most striking.

Crowds being only capable of thinking in images are only to be impressed by images. It is only images that terrify or attract them and become motives of action.

Clarification: If crowds are incapable of distinguishing between the improbable and the probable, and the images it associates with the improbable invoke action, then odd things are designed to happen.

…the individual forming part of a crowd acquires, solely from numerical considerations, a sentiment of invincible power which allows him to yield to instincts which, had he been alone, he would perforce have kept under restraint.

A crowd …is not prepared to admit that anything can come between its desire and the realisation of its desire.

Clarification: The feeling of being part of a movement larger than yourself gives you unshakable confidence. When applied to speculative activities this manifests itself in a crowd’s unshakable confidence in the course of an asset price. This can create immense momentum at times.

Lesson #3: Do Not Thwart It – This is the Era of Crowds

To-day it is the traditions which used to obtain in politics, and the individual tendencies and rivalries of rulers which do not count; while, on the contrary, the voice of the masses has become preponderant. It is this voice that dictates their conduct to kings, whose endeavour is to take note of its utterances. The destinies of nations are elaborated at present in the heart of the masses, and no longer in the councils of princes.

The most careful observations seem to prove that an individual immerged for some length of time in a crowd in action soon finds himself — either in consequence of the magnetic influence given out by the crowd, or from some other cause of which we are ignorant — in a special state, which much resembles the state of fascination in which the hypnotised individual finds himself in the hands of the hypnotiser. The activity of the brain being paralysed in the case of the hypnotised subject, the latter becomes the slave of all the unconscious activities of his spinal cord, which the hypnotiser directs at will. The conscious personality has entirely vanished; will and discernment are lost. All feelings and thoughts are bent in the direction determined by the hypnotiser.

From the intellectual point of view an abyss may exist between a great mathematician and his boot maker, but from the point of view of character the difference is most often slight or non-existent.
It is precisely these general qualities of character, governed by forces of which we are unconscious, and possessed by the majority of the normal individuals of a race in much the same degree — it is precisely these qualities, I say, that in crowds become common property.

Clarification: If you succumb to the crowd you’re toast. Any intellectual edge that you have earned through years of studying your craft vanish. The crowd is a leveller; it is composed of common, not distinguished, elements.

The psychological crowd is a provisional being formed of heterogeneous elements, which for a moment are combined, exactly as the cells which constitute a living body form by their reunion a new being which displays characteristics very different from those possessed by each of the cells singly.

Clarification: If the above is true then you have little chance of reckoning as a crowd (without succumbing to it). The appropriate way of managing its throes is the scientific method (i.e. repeated hypothesis creation and testing). In this sense, outcomes are of little significance, it’s disciplined process that matters.