So, who are the rogue traders that have experienced all of this? Here’s a small sample (the ones we know of!). They are not in chronological order but in order of how much money they actually lost their banks (from the lowest to the highest):

The guy that brought down the Allfirst Bank and incurred losses of $69.2 million.

He was sentenced to 7.5 years in prison on January 17th 2003 for hiding the losses that he incurred as a currency trader. He hid the losses for a year. He is now under confinement at his home (since January 2009, meaning that he served almost six years for his rogue trading).

He was ordered to pay back $1, 000 per month after his release from prison and despite the fact that he remains in debt to the full sum of $691.2 million he will probably never be able to pay it back. How did it all happen?

One thing is for sure: Rusnak has kept his nose clean since getting out of prison and has managed to fall into relative anonymity. Nobody knows what he’s doing today for work. 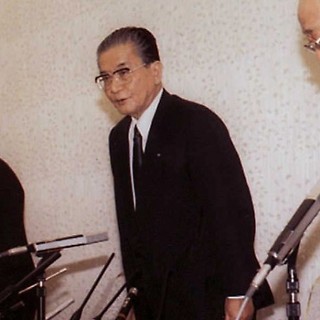 The guy that brought down the Daiwa Bank of Japan and incurred losses of $1.1 billion.

Iguchi was a government bond trader in Japan who made 300, 000 unauthorized trades between 1983 and 1995. As early as 1983 he in fact lost $70, 000 but concealed this from his management for fear of losing his job. He wrote a thirty-page letter to his boss in 1995 explaining that the losses had just got bigger and bigger and that he was unable to do anything to rectify the situation. It seems strange however that for 12 years Iguchi was able to carry on regardless without any control or surveillance from anyone.

Iguchi wrote three books when he was released from prison: The Dollar Conspiracy, My Billion Dollar Education and Confessions. But, he spent four years in prison and his $2.6 million in debts were eaten up by the royalties. He went back to live in Kobe, Japan. He started an English-language school there.

The guy that brought down Barings Bank and incurred losses of $1.3 billion.

Nick Leeson was a derivatives broker at Barings Bank (the oldest investment bank in the UK). The bank had been founded in 1762 and ceased to operate in 1995, when the Leeson scandal broke.

Leeson was appointed general manager (futures markets) on the Singapore International Monetary Exchange in 1992. One interesting thing is that Leeson had already been refused a broker’s license in the UK due to reasons of fraud in his application. He obtained one in Singapore, however.

Leeson was earning £50, 000 a year in 1992 and bonuses exceeded double that sum: £130, 000. He was undertaking unauthorized speculation on behalf of Barings, netting profits for the bank of up to £10 million (which was about 10% of their annual income). When things took a downturn he used an error account to try to rectify the losses. The account was the infamous number 88888. The account was used to hide his bad debts. The losses were easy to hide since Leeson was working on his own and had no control from anyone.

Leeson wrote two books when he got out of his six-year stint in prison. One of those books was turned into a film, Rogue Trader. He went back to school and got a degree in Psychology and now gives conferences. Whenever a rogue trader gets mentioned in the press, Leeson is there to tweet.

The guy that brought down UBS and incurred losses of $2.3 billion.

This guy is the most recent rogue trader to date, but only the second highest in terms of loss and debts incurred. He was a trader at the Swiss UBS bank and was charged on September 16th 2011 with fraud and false accounting. He was found guilty on 20th November 2012 and was sentenced to seven years in prison. On March 1st 2013, Adoboli appealed against the sentence. Adoboli’s salary and bonuses combined stood at £360, 000 before his arrest.

Adoboli admitted during the trial that:

UBS was fined, however, the sum of £30 million when the City of London financial regulators (Financial Services Authority) decided that “UBS’s systems and controls were seriously defective. Failures of this type in firms of the size and standing of UBS not only damage the firms concerned but also wider confidence in the integrity of the markets and the financial system.”

UBS cut its investment side of its operations and trimmed the workforce by 10, 000 in 2012.

The guy that brought down Société Générale, and incurred losses of $6 billion.

Keviel was a French trader. He was accused of breach of trust, forgery and unauthorized use of IT systems. He was earning bonuses of €60,000 along with a €74,000-salary (2006), which quite honestly is relatively little in the financial world.

The bank that brought the case against Kerviel states that he was working without the authorization of his superiors and the bank had no knowledge of this whatsoever. He began creating fake trades as from 2006 (and he started working for the Société Générale in 2000).

Kerviel got three years (five years with two years suspended sentence) in prison and was banned from working in finance for life. After his arrest in 2008 he was hired as an IT consultant for Lemaire Consultants and Associates (with a salary averaging at $1, 200 a month) as he appealed against the sentence. He also wrote a book called Trapped in a Spiral: Memoirs of a Trader. But, he was banned from making any profit from either books or films and has to hand over any royalties to the Société Générale.  Kerviel lost a court case today (July 4th 2013) in Paris in which he was demanding that there be independent experts to look into his case. That means the final sentence will be pronounced on 24th March 2014 and his fate will be sealed. In an interview he gave to French television July 4th2013 on leaving the court he said that it was “impossible for him to be solely responsible for the $6 billion that had been lost”.

Some might say that the rogue trader should only limit the losses by taking the profits before they turn into losses, rather than continuing to take that second option of double or quits. The rogue trader should use tools of analysis rather than going with gut feelings and intuition. Intuition only works by a stroke of luck. They should not hide the trades that make losses and learn by their mistakes. All very easy to say, but harder to do! But, that would be reason talking, not the drug-addicted investment and playing the markets that stop them sleeping.

Like wolves, traders establish territories that are greater than they really need to survive. Just like the prey that tries to escape from the claws of the wolf, with the rush that ensues, the wolf pursuing it, the rogue trader attempts to catch up with his losses. This is the most critical stage of the trader’s hunt for profit. Once the prey is caught, the trader feeds excitedly, ripping at the carcass of the profit, tearing off chunks and bolting it down. The profit is nothing more than an ephemeral feed. When the losses set in, the lone-wolf trader usually avoids howling in the presence of the alpha-male or the dominant wolves in the pack, it would do no good to get caught. But, thankfully, there are whistleblowers that still exist to trumpet and proclaim loudly what has been going on and just how much has been lost in investments that turned sour.